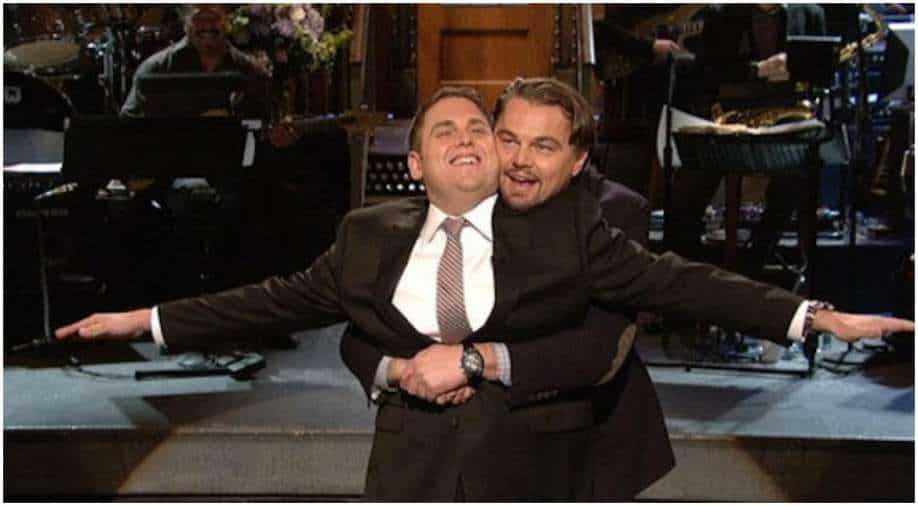 The attendees, comprising Jennifer Lawrence, Meryl Streep, Jonah Hill, Leonardo DiCaprio, Tyler Perry with director Adam McKay, appreciated the seemingly genuine love between the two actors and were highly appreciative of what one had to say about the other during the global press conference that WION attended.

To work with Leonardo DiCaprio must be a delightful event in any actor's life. But, to be praised and called a 'friend' for life is a privilege only Jonah Hill enjoys. In an exclusive, invite-only global press conference for the highly anticipated movie 'Don't Look Up'--that WION attended--Oscar winner Leonardo DiCaprio talked about working with the hilarious actor in multiple movies so far: 'Django Unchained' (2012), 'The Wolf of Wall Street' (2013), and the upcoming satire 'Don't Look Up', and he had some truly touching words to say about his long-time friend and co-star.

When Leo (as he is lovingly called in the community) was asked about having developed a friendship with Hill and if on their third film together, the off-screen chemistry affected the production, he responded saying yes. "That's right, Django (Unchained), too, that's our (second film together). Look, I'll just start right out of the gate and say he is an absolute genius, this young man, this friend of mine. His ability to improvise and take control of a scene and have the narrative be shifted in the most amazing, colorful ways is a sight to witness and something truly remarkable to experience. He's absolutely a genius. Love to work with him on a hundred more films," the 'The Revenant' (2015) star told us.

To which, Jonah Hill coyly said, "Thanks, buddy," while the rest of the cast broke into a laughter, before adding, "Well, my time to answer. I agree with what he said (laughs!) Real talk. Like, I've worked with now pretty much all the best actors in the world, a lot of whom are up here right now. And there's been no more loyal friend or anything I've ever made in show business, and then aside from that, put all those feelings aside. The way-what you see when they yell action and what he does, truly-no disrespect to anyone, nothing I've ever seen like it."

The attendees, comprising a heavily pregnant Jennifer Lawrence, Meryl Streep, Tyler Perry with director Adam McKay, appreciated the seemingly genuine love between these two actors and were highly appreciative of what one had to say about the other.

Hill, who plays the character Jason Orlean in the movie, went on to speak about the hilarious scenes they had with one another, explaining, "Look, I don't like nerds, and I have always been harsh in position on it. No dude, he's the best. I mean, I am sitting up here with a lot of other of the best, and I feel that way genuinely. But having made a few movies with Leo and lived with him. But he's the best person. Shuffle that all aside, if I didn't know him and I had to be like what's it like to work with another actor that's like who's the best actor, to me, I'd choose him every time."

'Don't Look Up' will start streaming on Netflix from December 24.