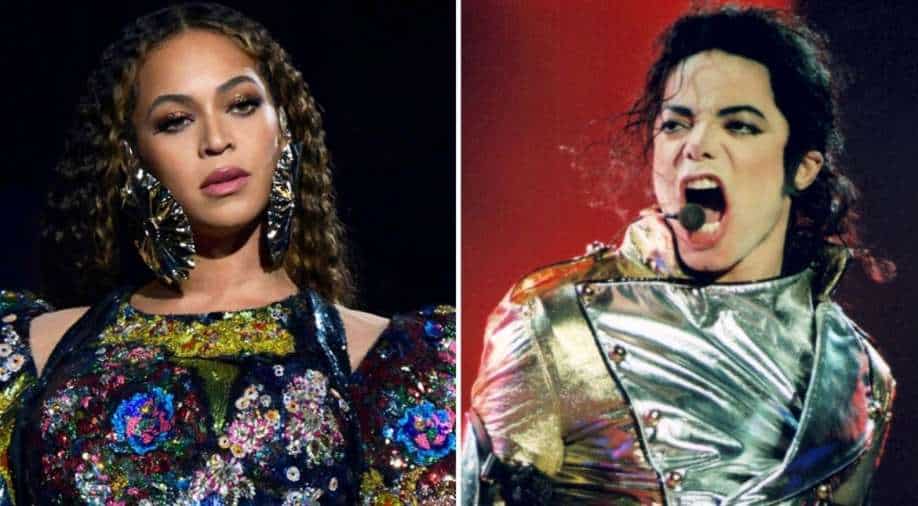 This is not the first time that Beyonce has compared to Michael Jackson.

Looks like Twitter users aren’t very pleased with Jay-Z comparing wife-singer Beyonce to legendary pop star Michael Jackson. During an appearance in a Twitter Space hosted by Alicia Keys which she launched to promote her album ‘KEYS’, Jay-Z made the controversial comparison.

He said, “Bey’s gonna be mad at [me] for saying this but Michael Jackson never had a Coachella,” and added that she is an “an evolution” of the ‘Thriller’ icon. He said, “Because she watched him at nine” and added, “the kids are the same. Find me a concert that’s as culturally relevant and thrilling as Coachella. Beyoncé is gonna be one of the best singers we ever heard because she is such a student.”

“But Beyoncé, if she’s not already, she absolutely will be on that same level. She will be looked upon in the same regards, if not more, as Michael Jackson was. That’s just the truth to the matter. People hate when I say that, but you’ll see in the future. It’s gonna happen.”

Jay Z is comparing Beyonce to Michael Jackson when it comes to Coachella, but Michael left before various ave of digital streaming were created. He was pulling Coachella's reaction at any given concert without social media and entertainment platforms.

Beyonce is one of the greatest entertainers the industry has ever seen and will ever see.

Nobody is operating at the same level as her creatively, as a vocalist, as a visual artist and as a live performer. Not her peers, not her predecessors and not anyone working right now. pic.twitter.com/Fn9aU9rqNG

Lol if you’re going to compare album tours, compare BAD to Formation. Bey did 49 shows and had an attendance of 2.24 million people. Michael had to do 123 shows to get 4.4 million people in attendance. Pls https://t.co/EDO9tLVbN4