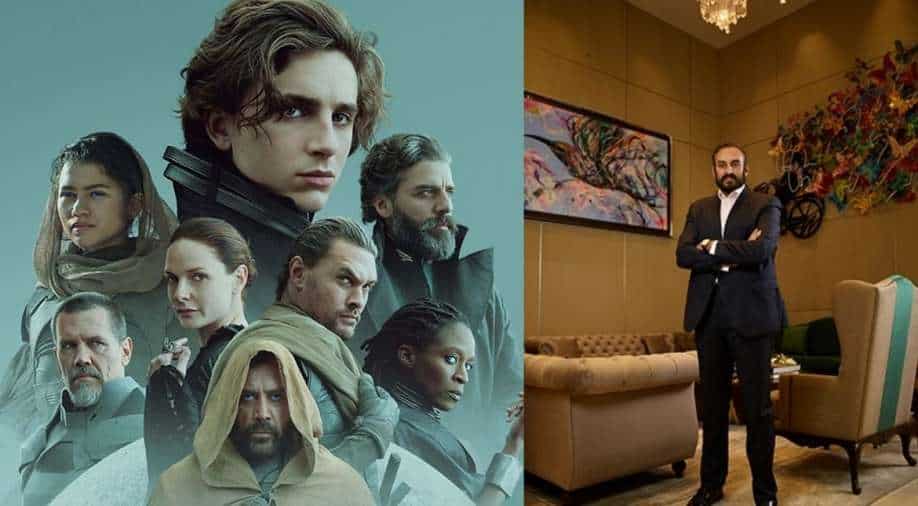 As ‘Dune’ picks up the highest number of awards at Oscars 2022 so far, there’s one particular guy who we can’t not talk about – Namit Malhotra.

As ‘Dune’ picks up the highest number of awards at Oscars 2022 so far, there’s one particular guy who we can’t not talk about – Namit Malhotra. A big win for him as the film won in the coveted Best Visual Effects category, India’s Namit can’t control his excitement.

Chairman and CEO of DNEG, the VFX pro behind Dune, previously spoke to publications on the Oscars nomination, “It’s a great feeling. It’s the first James Bond movie to get a nomination in this particular category in many, many years. Dune, on the other hand, is the new benchmark of visual effects in storytelling.”

The Oscar for Best Cinematography goes to... #Oscars pic.twitter.com/CtNKYHlLnb

The Oscar for Best Visual Effects goes to... #Oscars pic.twitter.com/OGdWD84jcr

India's Namit Malhotra's DNEG received nominations in the Best Visual Effects category for its incredible work on director Denis Villeneuve’s acclaimed film ‘Dune’ and Daniel Craig-starrer ‘No Time to Die’. It won for Dune. The other films up for nominations were ‘Free Guy’, ‘Shang-Chi and the Legend of the Ten Rings’, and ‘Spider-Man: No Way Home’.

In Pics: From Zendaya to Billie Eilish: Celebs make a fashionable appearance at Oscars 2022 red carpet