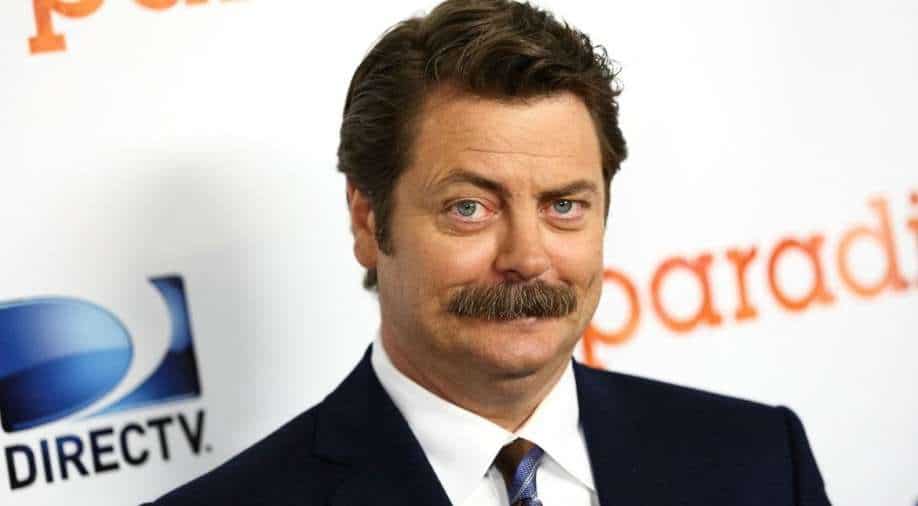 The plot of the show Last of Us is that it takes place 20 years after modern civilization has been destroyed by a deadly fungus.

HBO has recast Nick Offerman in the role of Bill for its show ‘Last of Us’. Earlier, Con O’Neill had been announced for the guest starring role but he was forced to leave the show due to a scheduling conflict.

Nick Offerman will appear as Bill alongside Murray Bartlett as Frank, two post-pandemic survivalists living alone in their own isolated town on the show.

The show is based on the popular PlayStation video game by the same name.

The plot of the show is that it takes place 20 years after modern civilization has been destroyed by a deadly fungus. Joel (Pedro Pascal), a hardened survivor, is hired to smuggle Ellie (Bella Ramsey) out of an oppressive quarantine zone. What starts as a small job soon becomes a brutal, heartbreaking journey, as they both must traverse across the U.S. and depend on each other for survival.

Also read: Vir Das to develop and star in his next international project, a comedy series

The cast of ‘Last of Us’ includes Gabriel Luna as Joel’s brother Tommy, Nico Parker as Joel’s daughter Sarah, and Merle Dandridge reprises her video game role of Marlene, the leader of the Fireflies resistance group struggling for power against the government’s military regime.

Also read: Will Ferrell’s final ‘Elf’ attire up for auction: Know how much the last one made?

‘Chernobyl’ creator Craig Mazin will write and executive produce ‘The Last of Us’, along with Neil Druckmann, a writer and creative director for the video game. Carolyn Strauss, Rose Lam, Naughty Dog president Evan Wells and PlayStation Productions’ Asad Qizilbash and Carter Swan will also executive produce. Kantemir Balagov will direct the pilot, with Jasmila Žbanić and Ali Abbasi also attached to direct.