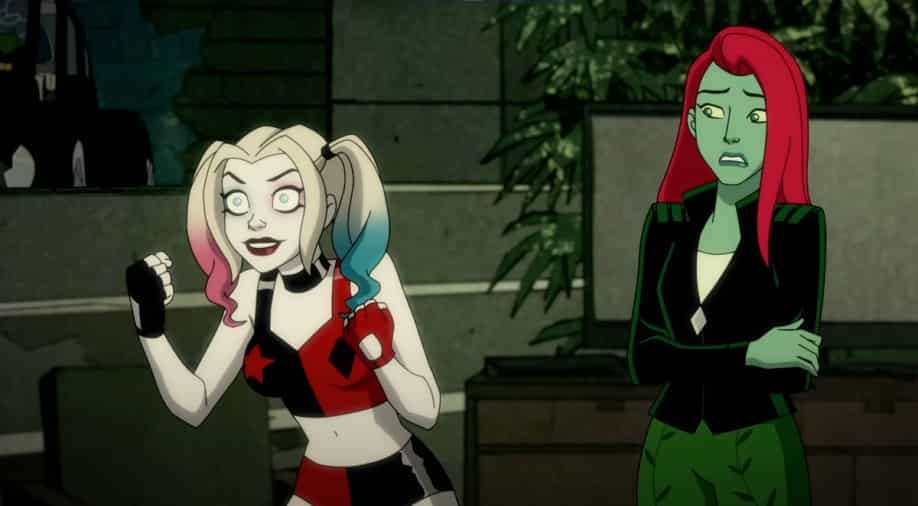 The newest season of 'Harley Quinn', judging by the trailer will deliver everything you would expect from the show.

A trailer for season 3 of 'Harley Quinn' is here. The popular DC animated series, as the name suggests, is based on the adventures of the titular anti-hero/supervillain usually associated with Batman and as Joker's paramour.

But in this series, developed by Justin Halpern, Patrick Schumacker, and Dean Lorey, she assumes the centrestage. Voiced by Kaley Cuoco of 'The Big Bang Theory', Quinn gets disillusioned with the Joker and carves out her own destiny with a ragtag team of discarded supervillains like Lake Bell's Poison Ivy, Clayface (Alan Tudyk), King Shark (Ron Funches), among others.

Unlike other superhero shows and movies, this one is extremely R-Rated with loads of violence, dark humour, and even sex.

The newest season, judging by the trailer will deliver everything you would expect from the show. In one scene, we see Harley has abducted none other than Amanda Waller. When Poison Ivy cautions how dangerous she can be, Harley responds, "What's she gonna do? She's wearing a pencil skirt."

Also Read: Chris Pratt says 'religion has been oppressive as f*** for a long time'

There are shots of action as Harley and Poison Ivy fight bad guys or, and this does happen to her, good guys.

The synopsis of season 3 of Harley Quinn reads, "The mayhem and madness continue in season three of this biting and uproarious adult animated comedy series. Wrapping up their “Eat. Bang! Kill. Tour,” Harley Quinn (Kaley Cuoco) and Poison Ivy (Lake Bell) return to Gotham as the new power couple of DC villainy. Along with their ragtag crew – King Shark (Ron Funches), Clayface (Alan Tudyk), Frank the Plant (JB Smoove) - "Harlivy" strives to become the best version of themselves while also working towards Ivy’s long desired plan of transforming Gotham into an Eden paradise."