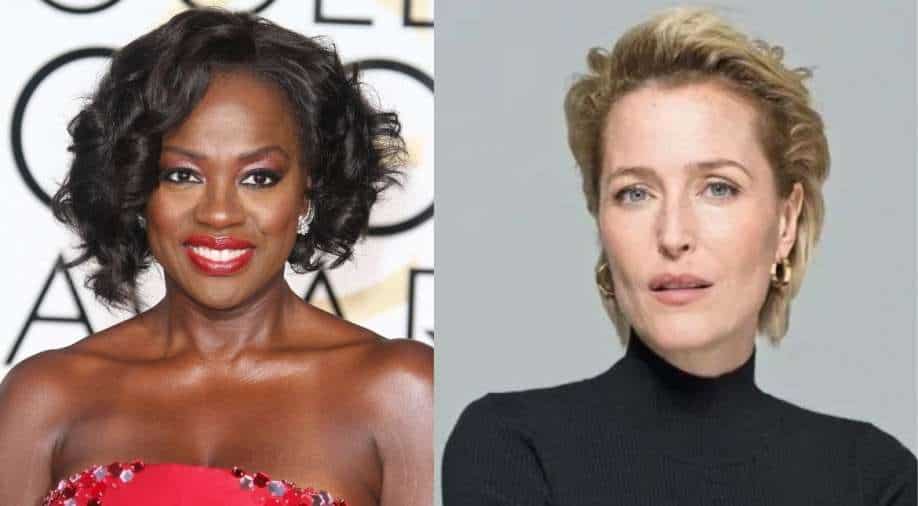 An anthology, ‘The First Lady’ will focus on the personal and political lives of the US's most enigmatic heroes.

After acing her role as former British PM Margaret Thatcher in the popular Netflix series ‘The Crown’, Gillian Anderson is set to take up the role of another famous woman in history. She has now been tapped for Showtime drama ‘The First Lady’ alongside Viola Davis and Michelle Pfeiffer.

An anthology, ‘The First Lady’ will focus on the personal and political lives of the US's most enigmatic heroes. While season one focuses on Eleanor Roosevelt, Betty Ford (Pfeiffer) and Michelle Obama (Davis), Gillian Anderson will portray Roosevelt.

On the anthology, Amy Israel, exec vp scripted at Showtime was quoted: "Gillian Anderson is an actress of incredible range and exquisite talent — she is the perfect choice to complete this powerhouse trio, who will inhabit the roles of these iconic women. It’s inspiring to have Gillian, Viola Davis, Michelle Pfeiffer, Susanne Bier and Cathy Schulman at the forefront of The First Lady. They have truly set the stage for a landmark Showtime series."

Roosevelt served as the first lady of the US from 1933-45, making her the longest serving first lady in history. She was an American political figure, diplomat and activist. She was the first presidential spouse to hold regular press conferences, write a daily newspaper column and host a weekly radio show. She also pushed the United States to join and support the United Nations and became its first delegate.

The anthology series is created by author Aaron Cooley who will write and exec produce alongside Viola Davis and her husband/JuVee Productions partner Julius Tennon, Cathy Schulman and her Welle Entertainment banner, Jeff Gaspin and Link Entertainment's Brad Kaplan.