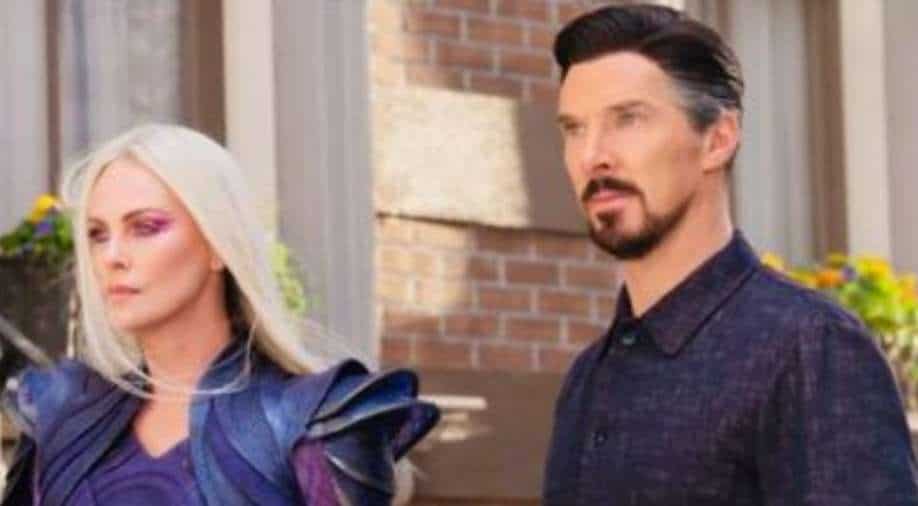 Fans were in for a surprise when Hollywood star Charlize Theron appeared in mid-credits of 'Doctor Strange In Multiverse of Madness.'

Fans were in for a surprise when Hollywood star Charlize Theron appeared in mid-credits of 'Doctor Strange In Multiverse of Madness'.

Now, six days after the film premiered in theatres worldwide, Theron herself has shared a closer look at her character Clea.

Rumours of Theron joining the Marvel Cinematic Universe have been doing the rounds for the last few days prior to the release of 'Doctor Strange in Madness of Multiverse'. Her post marks the first time the Oscar-winning actress has acknowledged her part in MCU.

On her Instagram account, Theron shared two photos, showing off her looks as the MCU`s character 'Clea.' In one of the photos, she showed a glimpse of the fun makeup she wore in the movie. The second image shows her in a superhero costume alongside Benedict Cumberbatch`s Doctor Strange.

Theron's Marvel debut came as a big surprise during the film's post-credits scene to most fans. Comic book fans are now excited to see how her character Clea would be included in the next 'Doctor Strange' movie.

She previously teased her character's entry into the Marvel Universe by sharing her photo from an award show, captioning the post 'The cat is out of the bag,' wearing a purple dress that matches her suit in the movie.

Theron is next set to appear in the Netflix film 'The School for Good and Evil,' directed by Paul Feig and co-starring Kerry Washington, Michelle Yeoh, Ben Kingsley, Rachel Bloom and Laurence Fishburne.