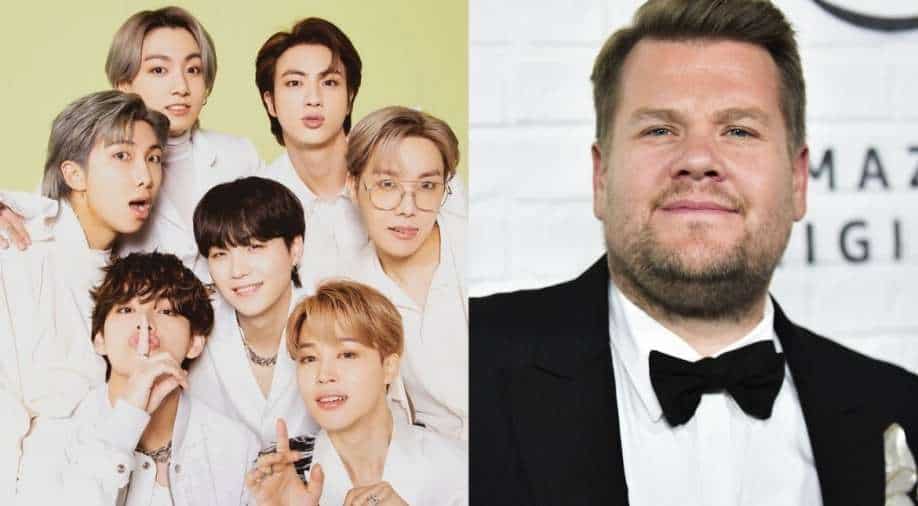 All's good that ends good as BTS and James Corden met during the chat show and cleared airs. James had called BTS fans "15-year-old girls" to which he apologised later on.

The ARMY had then called out James Corden for these insensitive remarks.

Now, BTS members RM, Jin, Suga, J-Hope, Jimin, V and Jungkook appeared on the show and acknowledged his remark as well as his follow-up apology. One member, RM said, “we appreciate your apology”.

In the show, BTS leader RM asked the host, "James, how about you? You've been in some hot waters with ARMY. Are you alright?" James replied, "We did two jokes which I didn't think were in any way offensive to anybody." Recalling his comments on BTS at the UN summit and the fans of the group, he continued, “And we said this was where I think it was wrong, we said that your fans were 15-year-old girls.”

James also said, "It of course isn't true because I'm 43 years old and I consider myself one of the biggest BTS fans on planet earth. I've never been on that side of the ARMY before."

To this, BTS member RM said, "James it's okay, we appreciate your apology. Wanted to clear that up."

During the show, James Corden congratulated BTS on their win at the 2021 American Music Awards. BTS ARMY upset with Grammys for nominating boy band in just one category

Also read: Kanye West admits he has made mistakes as a husband, vows to reunite with Kim Kardashian