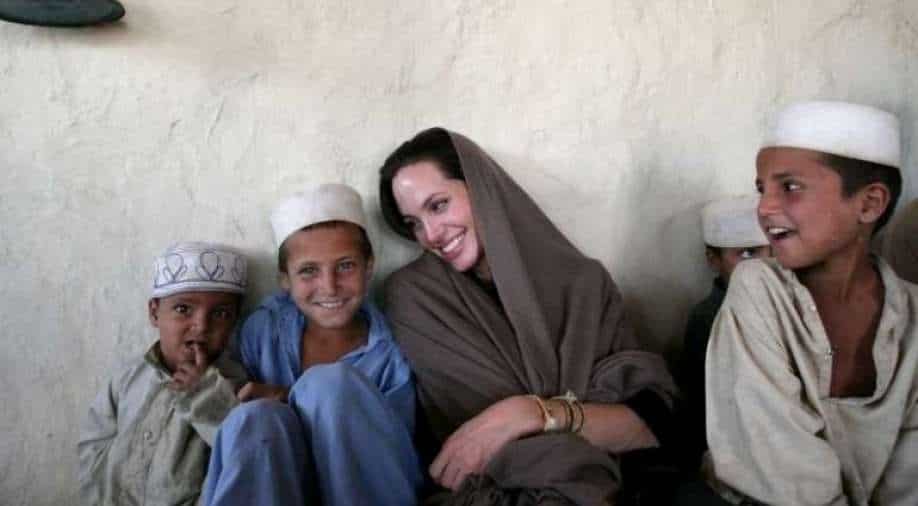 Angelina Jolie had visited Kabul, Afghanistan, in 2011 as part of her work as a United Nations Goodwill Ambassador for refugees.

Angelina Jolie is finally on Instagram and for a good cause.

Hollywood's acclaimed actress, Angelina Jolie, who is known for her humanitarian work, joined the photo-sharing media to raise awareness about the women and girls stuck in Afghanistan.

In the heartfelt letter, the girl shared the terror of the Taliban group after US troops withdrawal from the country, she also shared how her human rights are violated and how harder it is to go outside for studying and working.

Angelina Jolie to Prince Harry: Celebrities who have visited war-torn Afghanistan over the years

''Right now, the people of Afghanistan are losing their ability to communicate on social media and to express themselves freely. So I’ve come on Instagram to share their stories and the voices of those across the globe who are fighting for their basic human rights''. She wrote

Recalling, her border visit, she wrote, ''I was on the border of Afghanistan two weeks before 9/11, where I met Afghan refugees who had fled the Taliban. This was twenty years ago. It is sickening to watch Afghans being displaced yet again out of the fear and uncertainty that has gripped their country.''

''To spend so much time and money, to have bloodshed and lives lost only to come to this, is a failure almost impossible to understand.
Watching for decades how Afghan refugees - some of the most capable people in the world - are treated as a burden is also sickening. Knowing that if they had the tools and respect, how much they would do for themselves. And meeting so many women and girls who not only wanted an education but fought for it.'' 'Humanitarian concluded her message.

''Like others who are committed, I will not turn away. I will continue to look for ways to help. And I hope you’ll join me. #Afghanistan #AfghanWomen #AfghanGirls #HumanRights'', she wrote.

From 'Osama' to 'Armadillo': 6 movies about the war in Afghanistan that you need to watch

Within 24 hours of her debut, Jolie garnered 4.6 million followers and later she also took her Instagram stories to share an article she wrote titled 'The People of Afghanistan Deserve So Much Better Than This.'

For the unversed, the 46-year-old visited Kabul, Afghanistan in 2011 as part of her work as a United Nations Goodwill Ambassador for refugees. During her visit, she presented education tools to some schoolgirls.