Here's how Phoebe Bridgers' grandfather reacted to her Grammys 2021 nomination 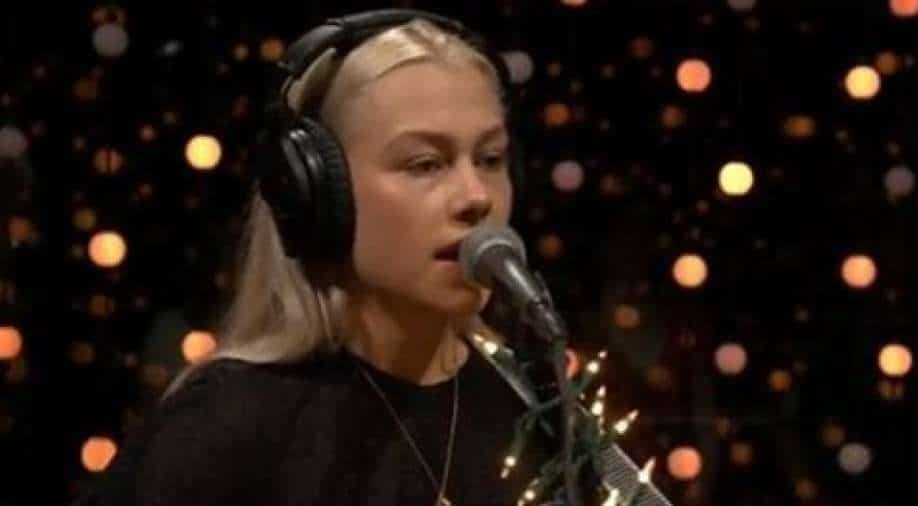 Phoebe Bridgers' grandfather has finally recognised that she's a legit musician after the singer earned four Grammy nominations this season.

In an interview with E! News, Phobe said "My grandpa, like, finally knows that I have a real job, you know?" He wasn't the only family member that was absolutely stoked by her first Grammy nominations. She woke up to "a trillion texts from my mother is how I found out," she says.

She explains that she wrote part of it on tour and focused on her feelings about "how overwhelming my life was getting" and "how much I wanted to go home," because she was separated from her family. "So it is kind of an isolated-sounding record," she shares.

Now that the 26-year-old artist has had her big break, Phoebe is imparting her words of wisdom onto other musicians trying to make it in this industry.

"When I was a kid, I was put in a lot of rooms where especially older men tried to make me feel like they were doing me a huge favor by paying attention to me or by exposure or whatever," she recalls.

In retrospect, she says, "I would have given myself a lot more comfortability and I wouldn't stay up at night, like, wondering how I was being perceived or what a specific person thought of me. Just be cool, take everybody seriously, be nice, but also don't compromise yourself for somebody else's comfort."

Phoebe has been writing music even before her high school days. "I had a couple different bands that, in retrospect, are bad," she admitted, before looking at the bright side. "I think I needed to be able to make all that music to be able to write something that I really like now."

Since then, Phoebe has collaborated with The 1975, Fiona Apple, and The National. This year, she landed on the TIME 100 list and performed on Saturday Night Live.