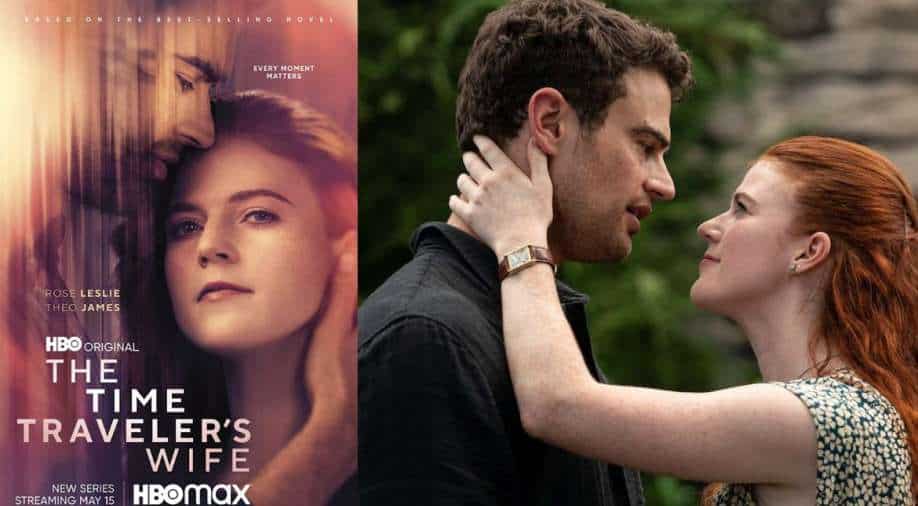 Rose Leslie and Theo James in ‘The Time Traveler’s Wife’ poster Photograph:( Others )

The series was adapted by ‘Doctor Who’ and ‘Sherlocks' Steven Moffat, who wrote all six episodes while David Nutter directed them.

HBO series ‘The Time Traveler’s Wife’, adapted from Audrey Niffenegger’s best-selling novel of the same name, has been cancelled after premiering its first season, Variety reported. The six episodes of the first and only season were aired in May, and its concluding episode was broadcast on June 19, 2022. In a statement, an HBO spokesperson said, "Though HBO will not be moving forward with the second season of ‘The Time Traveler's Wife,’ it was our privilege to partner with master storytellers Steven Moffat and David Nutter."

"We are so grateful for their passion, hard work and care for adapting this beloved book. We also thank Theo and Rose, and the rest of our brilliant cast for their heartfelt performances, which completely captivated audiences", he added.

The series was adapted by ‘Doctor Who’ and ‘Sherlocks'/ Steven Moffat, who wrote all six episodes while David Nutter directed them. It follows the story of a woman, Clare Abshire, played by Rose Leslie, and her romance with a man stuck in time, Henry DeTamble, played by Theo James. The show also stars Natasha Lopez, who plays Charisse. The series plot follows a married couple, Clare and Henry, who are estranged because Henry suffers from a hereditary ailment that enables him to time travel inexplicably, just like in the book.

Along with Sue Vertue and Brian Minchin of Hartswood Films and Joseph E. Iberti, they both acted as executive producers, being produced under the banner of Warner Bros. TV. Critics had mixed feelings about the show and gave it a 34 per cent approval rating on Rotten Tomatoes.

As reported by Variety, Daniel D'Addario, in his Variety review, noted, "The plot fails to convince that the couple shares much more than an appreciation of the obstacles holding them apart."

This was ‘The Time Traveler's Wife’s’ second film adaptation. A movie based on the book starring Rachel McAdams and Eric Bana was also released in 2009.

Several programmes have been cancelled in the last two days, including ‘The Time Traveler's Wife’, ‘Tom Swift’ on The CW, ‘Duncanville’ on Fox, and ‘Why Women Kill’ on Paramount+.