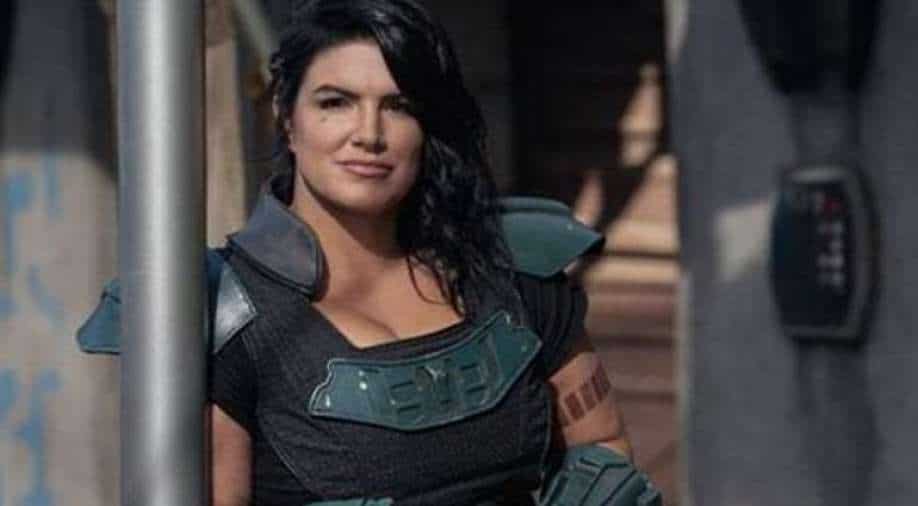 She revealed that Disney officials accidentally sent her an email that tipped her off to the fact that they were following the #FireGinaCarano movement that started up last year.

Since being fired by Disney off the 'Star Wars' spinoff series 'The Mandalorian', MMA fighter and actress Gina Carano has been in the news. Known for her role as one of fans favourite characters Cara Dune from the galaxy, Gina was ousted from the series after an Instagram post in which she compared being Republican in the current U.S. political climate to being Jewish during the Holocaust.

Fans called out her and asked for her expulsion. Now the actress is seeking to expand her collaboration with The Daily Wire. Carano sat down for a special episode of “The Ben Shapiro Show” recently to talk about what went down behind the scenes in the lead-up to her firing and what’s next for the actress.

Carano told Ben Shapiro that she didn’t expect the post to be controversial and that her message was misunderstood. She said she was “inspired by the gentle spirit of the Jewish people going through that time,” adding, “When I posted that it wasn’t something that I felt was controversial. It was something that I thought, well, maybe all of us need to ask ourselves how that happened.”

She added, “I’ve got every single big publication saying she’s comparing conservatives and Republicans to this and that’s not really what I was doing… I have love for everyone; I’m not a hateful person.”

She further revealed that Disney officials accidentally sent her an email that tipped her off to the fact that they were following the #FireGinaCarano movement that started up last year.

“They accidentally sent me an email, which was very enlightening, so I knew. I knew they were paying attention. I know there were some people who went to bat for me, but I know that they didn’t win out at the end,” she said. (Ultimately, Carano said she didn’t get confirmation of her firing until seeing the news on social media.)

She went on to say that the studio plays favorites over contracts depending on where a star falls on the political spectrum.

“They’ve been all over me and they’ve been watching me like a hawk, and I’m watching people on the same production and they can say everything they want, and that’s where I had a problem. I had a problem because I wasn’t going along with the narrative,” she said.

She also said, "I was prepared at any point to be let go because I’ve seen this happen to so many people,"

"I’ve seen the looks on their faces. I’ve seen the bullying that takes place, and so when this started, they point their guns at you, and you know it’s only a matter of time. ... They’re making it very obvious through their employees who were coming for me, and so I was like, 'I’m going to go down swinging, and I’m going to stay true to myself.' "