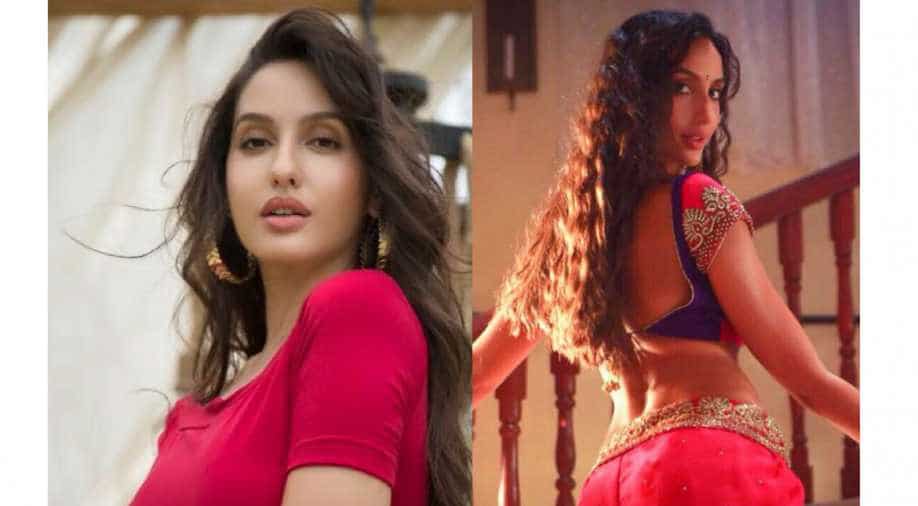 The ‘Dilbar’ girl who captured the imagination of social media users with her scintillating belly dance moves in ‘Satyameva Jayate’ song, Nora Fatehi, will also be seen in Salman Khan’s film ‘Bharat’. While you might say that you already knew about this development but we have something to add to that.

Nora will be portraying a role that requires her to learn Spanish and given the professional that she is, the actress is already mastering it. In a report published in a website, Nora was quoted saying: “Since my role requires me to speak in Spanish, I thought of picking up the language. I haven’t hired a tutor, but I am learning it from a close friend.”

Salman Khan’s 'Bharat'&nbspwill be a big-ticket film for her and she wants to leave no stone unturned to make her presence felt as an actress in Bollywood. Also read:&nbspHigh on 'Dilbar' song success, Nora Fatehi denies knowing rumoured ex Angad Bedi, says 'Who is Angad?'

In a report published in a daily, Nora was quoted as saying, “Bharat is a big project for me, and I want to give my best to it. I am grateful to Salman, Ali and producer Atul Agnihotri who thought I was perfect for the character. Working under Ali’s direction will be a wonderful experience.”

While her song has already become a party anthem according to YouTube views that suggest that her song has become the fastest song to hit 100 million, the Moroccan-Canadian actress has miles to go as we can see from her dedication.

This is the 'Dilbar'&nbspsong that we are talking about, just in case you haven't heard it yet:

'Bharat'&nbspis an Indian action family drama that traces India’s journey from its Independence in 1947 to today. It stars some of the biggest names of the industry like Salman Khan, Katrina Kaif (who took the spot that was initially offered to Priyanka Chopra but she chose to walk out of it), Tabu and others. It is a remake of a Korean drama.