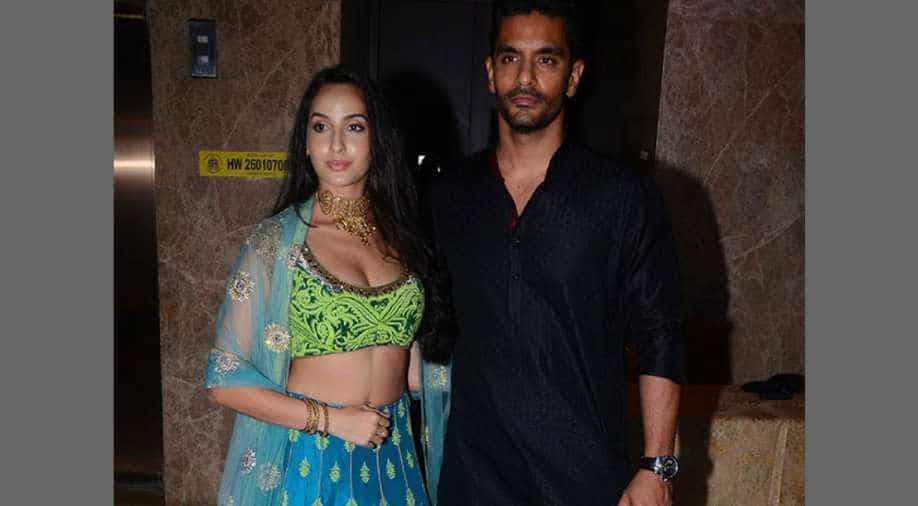 In a classic case of love-turned-sour, Nora Fatehi, rumoured girlfriend of Angad Bedi who recently married actress Neha Dhupia, recently denied ever knowing him even though pictures of them together are all over the social media platforms.

Nora Fatehi and Angad Bedi were reportedly dating each other and have been spotted together on several occasions, even though Angad married Neha Dhupia in a closed ceremony on May 10, 2018. The ex-couple have now unfollowed each other on social media with Nora deleting all the photos with Angad.

When asked if she congratulated Angad on his wedding to Neha Dhupia, Nora said, “Who is Angad? I don’t even know who Angad Bedi is.”

As per reports, Nora and Angad broke up due to his growing closeness with Neha Dhupia. Nora added, “I never dated him, so I don’t know what you’re talking about. I have nothing to say about his wedding since I’ve never met him and I don’t care what’s happening in his married life.”

Interestingly, Nora in an earlier interview had called Angad Bedi her "best friend". In another, she had said that she welcomes people into her life, if they are genuine they stay, hinting at her relationship with Angad Bedi.

Nora who shot to fame with "Bigg Boss", is now in news for her widely popular song Dilbar in which she belts out some serious belly dance moves. A remake of the song the by the same name, earlier picturised on Sushmita Sen, Nora has given the song her own touch by adding some Arabian dance moves to Neha Kakkar’s voice. Also read: Nora Fatehi to collaborate with Moroccan singer Saad Lamjarred for a music video