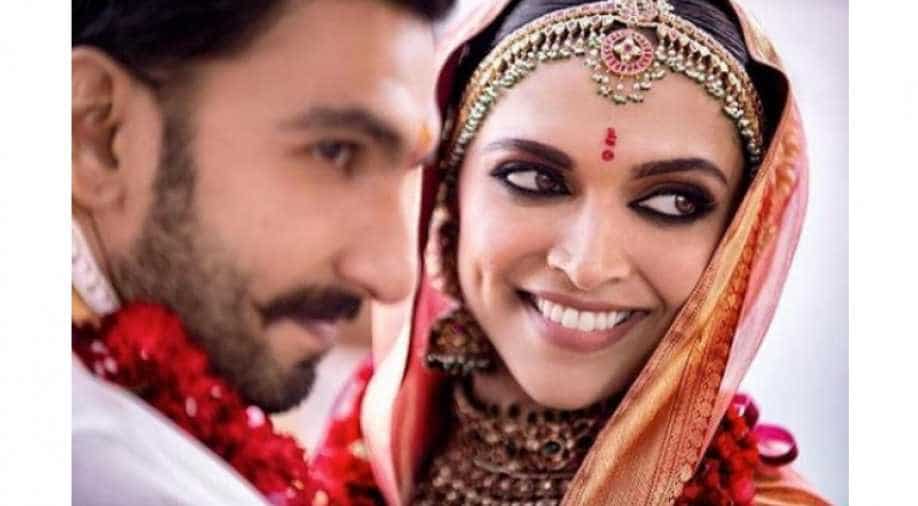 While it was earlier reported that the Mumbai reception would take place on 28th November, turns out the event will take place on 1st December.

Deepika Padukone and Ranveer Singh may have revealed their wedding dates to the world last month, but they have maintained silence over the reception dates. While the Bangalore reception is said to take place on 21st November, reports claimed that the two would host a reception in Mumbai for Bollywood on 28th November.

Now, a post by actress Manisha Koirala has revealed that the Mumbai reception will be taking place on 1st December and not 28th November as was believed earlier.
Soon after Ranveer and Deepika shared breathtaking photos of their wedding ceremony on social media, Manisha wished the couple and tweeted, "What a gorgeous couple!! Wishing you  lifelong happiness @RanveerOfficial  and @deepikapadukone really sad I am out of town & can’t join in the celebrations but praying for lasting love and togetherness godbless you both!"

What a gorgeous couple!! Wishing you lifelong happiness @RanveerOfficial and @deepikapadukone really sad I am out of town & can’t join in the celebrations but praying for lasting love and togetherness 💝 godbless you both! pic.twitter.com/vDmLmN4zJp

The actress was then asked by one of her followers if she had been invited to the wedding in Lake Como, to which Manisha shared the invite of the Mumbai reception.

🙏🏻 normally I don’t give explanations pic.twitter.com/BIp0z8LFkA

Meanwhile, the couple were seen waving at fans who had gathered outside the Padukone residence on Tuesday night. The couple arrived on Tuesday morning in Bengaluru and were later joined by Ranveer's parents.

The couple also were clicked on Wednesday morning as they left for The Leela, the venue for their reception later in the evening.

The event is expected to have Deepika's relatives and friends from Bengaluru in attendance.

There is no official word yet on when the Mumbai reception will take place.