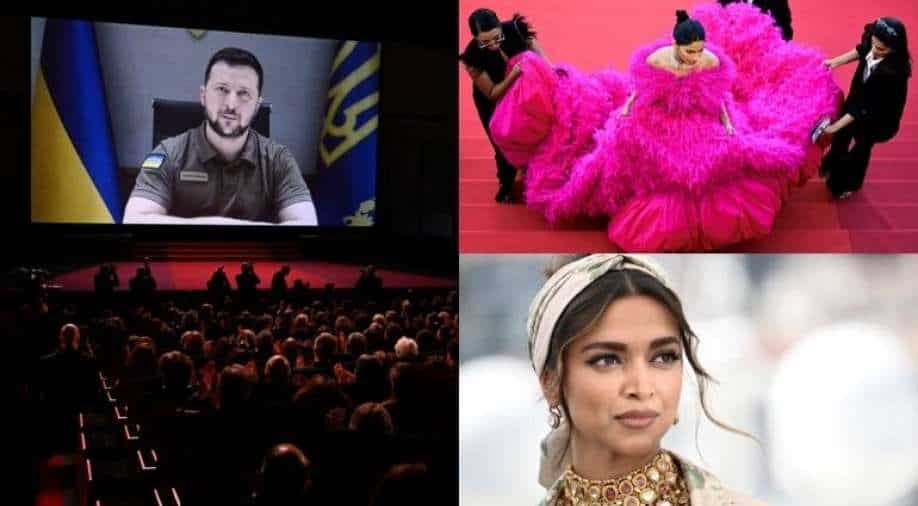 The film festival, which is going to run from May 17 to 28, started with the screening of zombie film "Final Cut" by Michel Hazanavicius. During the opening ceremony, festival president Pierre Lescure also gave away an Honorary Palme d`Or for lifetime achievement to Forest Whitaker

With a call to speak out against the war from Ukrainian President Volodymyr Zelensky, the Cannes Film Festival kicked off on Tuesday, media reports said.

The red-carpet arrivals could be witnessed at the star-studded ceremony.

"We need a new (Charlie) Chaplin to prove that today cinema is not silent," said Zelensky. The president was referring to satire of Adolf Hitler created by Charlie Chaplin at the outset of WWII in 1939.

During the opening ceremony, the Ukraine leader, through a live video link from Kyiv, said, "We must be victorious. We need cinema to guarantee this ending, that each time it will be on the side of freedom." This year, the event started on a somber note due to the ongoing war.

Earlier in the day, the organisers had rolled out the red carpet for festival goers, cinema stars, etc gathered to witness the 75th edition of the event.

The much-awaited event brought buzz and glamour back to the French Riviera resort. It also seems to have triggered discussions about the role of cinema in times of war.

The film festival, which is going to run from May 17 to 28, started with the screening of zombie film "Final Cut" by Michel Hazanavicius.

"An honorary Palme to the artist, the filmmaker, the UNESCO ambassador, simply, a citizen of the world," said Lescure.