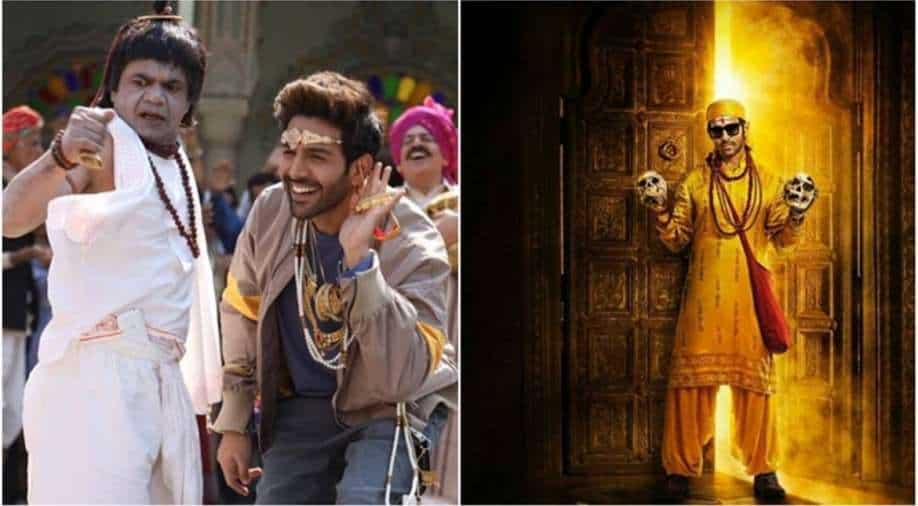 Directed by Anees Bazmee, ‘Bhool Bhulaiyaa 2’ will release in theatres on May 20 this year.

Kartik Aaryan is here to impress as makers unveil ‘Bhool Bhulaiyaa 2’ teaser after a massive hit that the first film was.

Starring Kartik Aaryan, Kiara Advani, Tabu and Rajpal Yadav, the standalone sequel to Priyadarshan’s 2007 horror comedy Bhool Bhulaiya has a lot of expectations from its viewers.

The new teaser shows Kartik as Rooh Baba. His character is seen wearing black instead of Akshay Kumar’s yellow in the original film.

Alia Bhatt- Ranbir Kapoor to tie the knot today: What we know so far

Kiara shared the teaser on Twitter and captioned it: “The haunted haveli is all set to reopen its doors! Are you ready?”

The teaser then opens with the glimpse of a silent haveli as the song Ami Je Tomar plays in background. To set the mood, chandeliers go black one after another as a spirit wakes up in rage and breaks open the door on its own.

Directed by Anees Bazmee, ‘Bhool Bhulaiyaa 2’ will release in theatres on May 20 this year. The film was originally scheduled to release in July last year but was delayed due to the pandemic. It was rescheduled for March 25 but was pushed to May.