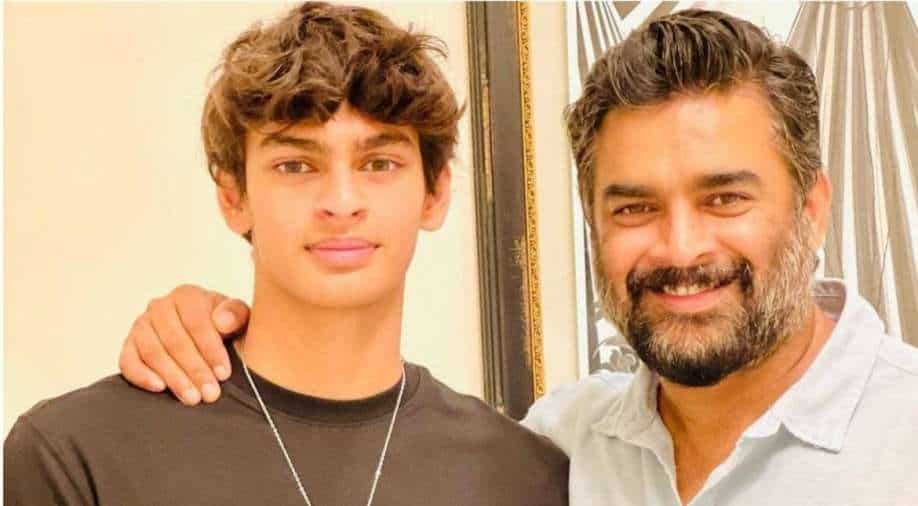 The actor has taken a backseat from films and is focusing on Vedant's career as the youngster is preparing for Olympics 2026.

R Madhavan and son Vedant have shifted to Dubai for a special reason.

The actor has taken a backseat from films and is focusing on Vedant's career as the youngster is preparing for Olympics 2026. Due to lack of facilities at the moment in India, they have taken this decision.

Vedaant is already a national swimming champion and Madhavan wanted him to have the best of facilities as he preps up for the biggest sporting competition. In an interview, the actor confirmed that the family is in Dubai so that his son can have the access to large pools.

“The larger swimming pools in Mumbai are either closed because of Covid or out of bounds. We are here with Vedaant in Dubai where he has access to large pools. He’s working towards the Olympics, and Sarita (his wife) and I are right by his side,” Madhavan said.

On being okay with Vedaant not taking up acting as a career choice, Madhavan said, “He’s been winning swimming championships all across the world and making us very proud."

“His chosen vocation is far more important to me than my own career,” he added.

On work front, we will see Madhavan next in 'Rocketry: The Nambi Effect'. He was recently seen in Netflix’s 'Decoupled'.