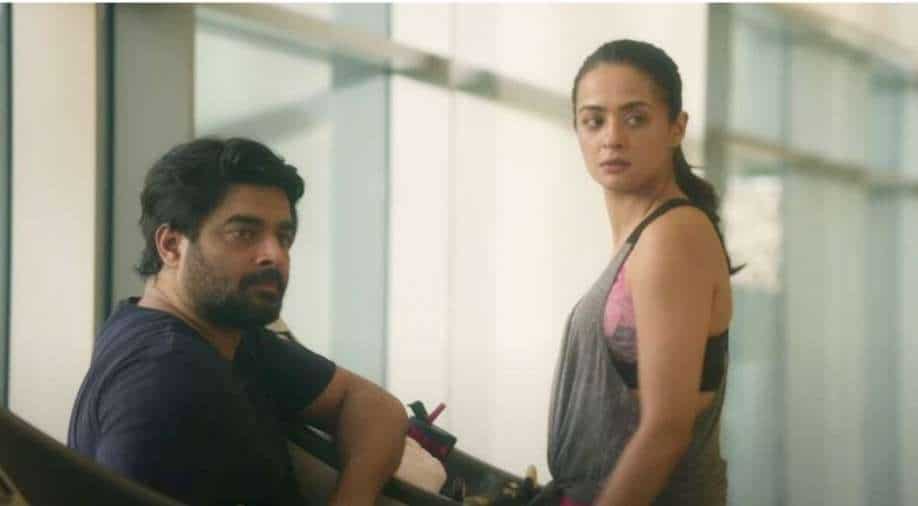 'Decoupled' meanders and mulls over the same issues too much and never reaches the climactic peak that it deserves. It is watchable only for its lead pair- R Madhavan and Surveen Chawla.

Right from the first frame of Hardik Mehta's new web series 'De-coupled', we are told that the lead pair- Arya and Shruti, played by R Madhavan and Surveen Chawla, are headed for a separation.

They are both successful in their professions. She is a Venture Capitalist while he is a best selling author( second only to Chetan Bhagat, of course). They share a daughter together, Rohini, and live in a plush neighbourhood in Gurgaon. For the outside world, it's a perfect match- or so say the onlookers, but when you dig deeper, you realise there is no love left between the two.

Created and written by journalist Manu Joseph, who is known for his witty take on life, 'Decoupled' is perhaps the most experimental content that Netflix India has produced this year. On the face of it, its a story of a couple on verge of separation and how they and their families come to terms with their 'unique' arrangement. But the dramedy is much more.

Through its protagonist Arya Iyer, the series takes a dig at almost everything. From marriage, love and divorces to the ultra-religious kinds to teenage boys and puberty to even Netflix and Korean hit 'Parasite', the series spares no one. And the story's hero Arya Iyer, a caustic, cynical middle-aged man, is too upfront and obnoxious to be taken seriously and liked. It's a different story that most of Arya's jargon on life are actually true. But he doesn't know how to wrap up the unpleasant truth in the appropriate manner, making almost everyone around him loathe him, including his patient wife Shruti, who only gives steely glares to him through the greater part of this eight-part dramedy.

While the premise is promising and the lead pair is pitch-perfect in their respective roles, the narrative is sketchy. A scene in the middle of the series has one of Arya's filmmaker friend Manav complaining that how Netflix is not happy with of the pitches that he and Arya have made so far. "The jokes just don't land," complains the Netflix executive moments later. Indeed, the jokes just don't land in 'Decoupled' on most occasions. They are outrageous, sometimes slightly cringy but not funny making the viewer wonder where exactly is the story headed.

The couple, through the eight episodes, muddle over how to break the news of their divorce to their daughter and the world at large, and the process seems too stretched and tad repetitive after a point. The makers try to experiment with a concept like a divorce- sprucing it with dry humour- yet succumb to predictability and slapstick in the final episode in an attempt to make it funny. The result is not the best.

R Madhavan and Surveen Chawla though are very good as Arya and Shruti. Arya is not the man you would want to be friends with. He is too honest for his own good and rather brash. Madhavan, who has played myriad roles in nearly three-decades-long careers, breathes in a certain amount of freshness to his character. Arya is popular but also someone you will easily hate or will be uncomfortable around. It's a delight to watch Maddy play a character that one wouldn't immediately associate the actor with - considering the do-gooder roles that he has played for years. It's a delight to watch R Madhavan as the politically incorrect Arya Iyer.

Matching him with her ice-cold glares is actress Surveen Chawla, who makes her character Shruti a stark contrast to Arya. You empathise with her at one time but also get confused at other times. Chawla over the years has made her niche in the film industry by carefully picking her roles. 'Decoupled' gives her ample opportunity to prove her mettle and she doesn't disappoint.

In the end, 'Decoupled' meanders and mulls over the same issues too much and never reaches the climactic peak that it deserves. It is watchable only for its cast. Definitely not for its wry take on marriage, love, divorce and the paraphernalia that comes along with it.

'Decoupled' is streaming on Netflix.