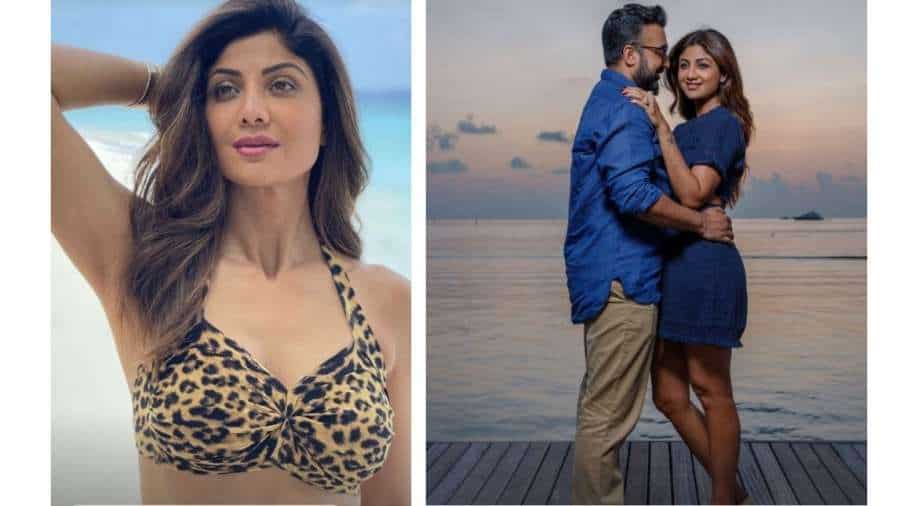 Shilpa Shetty shared cryptic posts on Tuesday as her husband Raj Kundra was granted bail in pornography films case. Kundra and his associate Ryan Thorpe were granted bail on Monday evening and were released the following morning.

Kundra's wife, Bollywood actress Shilpa Shetty took to Instagram to share a few cryptic posts. Without reacting to the news of her husband's release, Shilpa instead wrote on Instagram stories, "Rainbows exist to prove that beautiful things can happen after a bad storm. 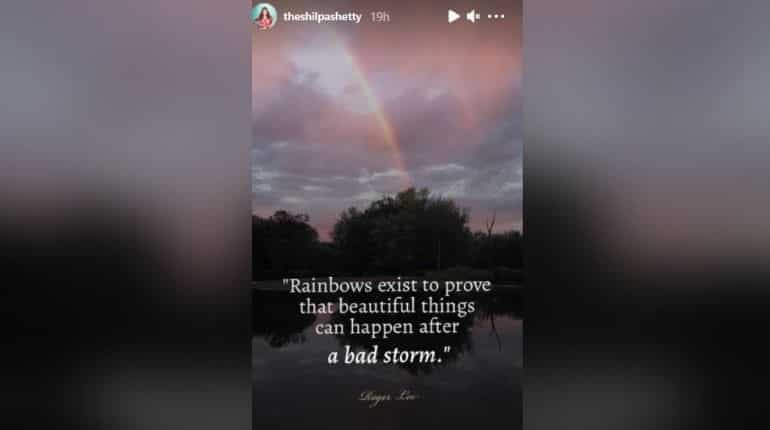 The actress, who is known to be a fitness enthusiast, also shared a heartfelt post and wrote, "There are always going to be moments that push you to the ground. In times like these, I truly believe that if you fall seven times, make yourself strong enough to be able to stand back up eight times. This rise will demand a lot of courage, grit, will-power, and strength during some of your most difficult moments. But, these qualities will only make you more resilient and robust in this journey called life. Every time that you rise back up, you will come back with renewed determination and motivation to make even the impossible possible."

"We had submitted (before the court) that the charge sheet in the case has been filed and hence, we are filing for bail now; which the court has granted," informed Niranjan Mundargi, the advocate of Kundra.

Also read: Shilpa Shetty: Was too busy with work, did not know what Raj Kundra was up to

Meanwhile, the Property Cell of Mumbai Crime Branch submitted a 1500-page supplementary charge sheet before Esplanade Court in connection with the pornography case against businessman Kundra. As per information shared by Mumbai police on Thursday, the 1500-page charge sheet contains the statements of 43 witnesses including Shilpa.

The statements of actors Sherlyn Chopra, Sejal Shah, many models and employees of Kundra's company have been recorded in the charge sheet. The charge sheet also includes the names of two wanted accused persons in the case.

Kundra was arrested by police on July 19 along with 11 other people on charges related to the alleged creation of pornographic films.

Recently, Shilpa had paid a visit to Mata Vaishno Devi Temple in Jammu and Kashmir's Katra to seek the blessings of the Lord.