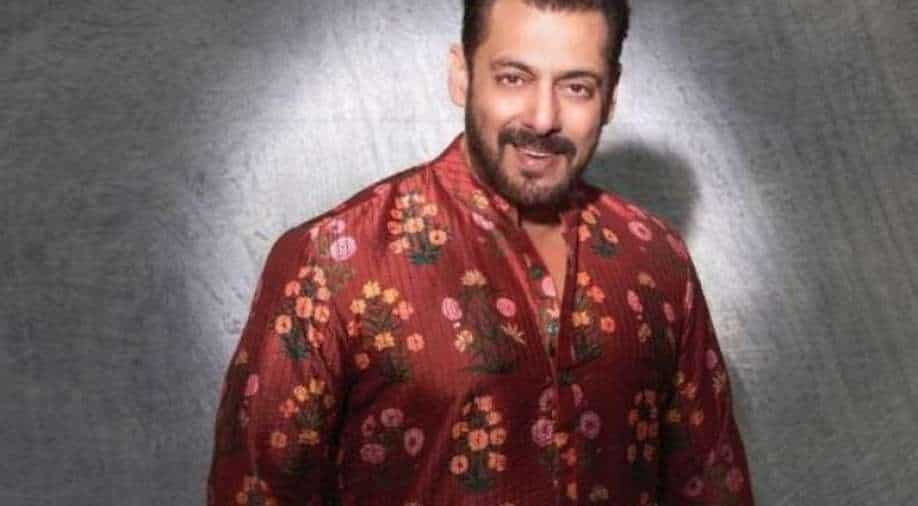 Prior to this, Salman had urged his fans to not burst firecrackers after some people were seen bursting them inside a cinema hall

Salman Khan’s ‘Antim: The Final Truth’ has become a hit with his fans as he released the film after much delay owing to COVID-19. Now that the film is out in theatres, his fans have been appreciating the film but a bit too much.

Salman Khan fans were seen enjoying the theatrical release of Antim with many seen pouring milk on his poster. The Bollywood star was seen taking to social media to share a message with fans to not indulge in such activities. 'Antim' box office: Salman Khan's film makes Rs 18 crore in opening weekend

Salman Khan urged his fans to not waste milk. Sharing a video he said, “Kai logon ko paani naseeb nahiin hota aur aap aise doodh waste karr rahe ho. Agar aapko doodh dena hi hai toh my request to all my fans is ki Aap gareeb bacchon ko pilayein jinhe doodh peene ko nahiin milta. (Many people can’t afford water and you people are wasting milk. If you want to give milk, I request my fans to give it to poor children who don’t get to drink milk.) (sic).”

Prior to this, Salman had urged his fans to not burst firecrackers after some people were seen bursting them inside a cinema hall, jeopardising everyone’s life. He said, “Request all my fans not to take fire crackers inside the auditorium as it could prove to be a huge fire hazard thereby endangering your lives and also others. My request to theatre owners not to allow fire crackers to be taken inside the cinema and security should stop them from doing so at entry point. Enjoy the film by all means but please please avoid this is my request to all my fans .. thank u (sic).” Salman Khan has no romantic track in 'Antim: The Final Truth'. Here's why