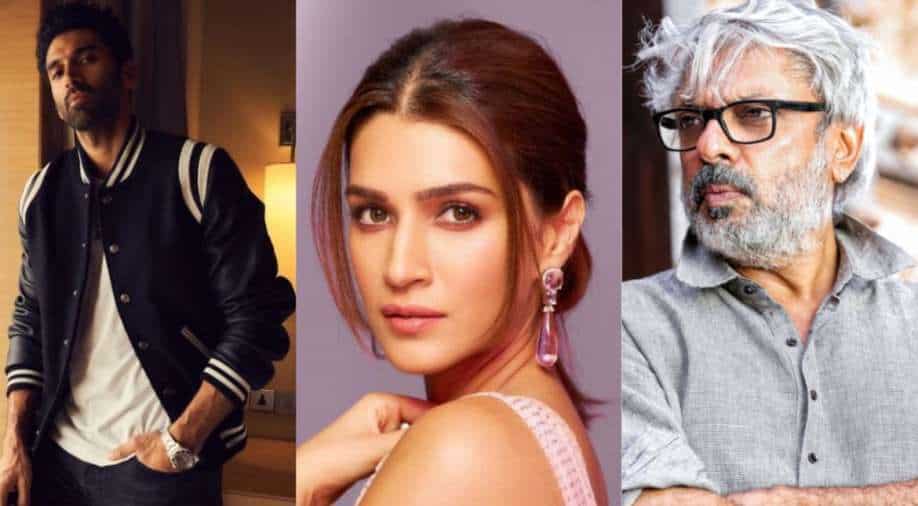 Aditya is currently promoting his forthcoming action thriller film 'OM: The Battle Within', which is slated for release on July 1, 2022.

As per reports, ace director Sanjay Leela Bhansali and Bollywood actors Aditya Roy Kapur and Kriti Sanon are teaming up for a project. Touted as a romantic drama, Aditya Roy Kapur will be paired alongside 'Mimi' actor Kriti Sanon in Sanjay Leela Bhansali's next untitled film, reports said, where he will be seen romancing Kriti. As soon as the rumours of both working together came out, the actors' fans became excited and flooded social media with posts regarding the duo's collaboration with one of India's leading directors, Bhansali.

A user tweeted, "Kriti Sanon and Aditya Roy Kapoor are finally starring in a film together?! God heard my prayers", while another user wrote, "If the rumours about Aditya Roy Kapoor and Kriti Sanon in Sanjay Leela Bhansali's next are true I'm actually going to faint." Another fan commented, "Aditya Roy Kapur has that potential of being A MegaStar, this film Of SLB will prove that for sure!!! ".

One of the better headlines I have read today : "Kriti Sanon and Aditya Roy Kapur in SLB's next." I approve of this jodi (lol)♡💫 pic.twitter.com/NCCh5l10VV

As per reports, Kriti Sanon & Aditya Roy Kapur are to romance each other in Sanjay Leela Bhansali's next! Aren’t you excited for this pairing?😍
.
.#kritisanon #AdityaRoyKapur #sanjayleelabhansali pic.twitter.com/uD4SaVkMiK

Is this news true ?https://t.co/YtTIugxtHa

Also Read: Modern Love Hyderabad: Telugu version of the anthology gears up for a July release

Aditya and Kriti have earlier worked together for a song, 'Aira Gaira', from the Dharma Productions film 'Kalank', which also starred actor Varun Dhawan, Alia Bhatt, Madhuri Dixit, and Sanjay Dutt in lead roles. There's still no official announcement yet.

Meanwhile, on the work front, Aditya is currently promoting his forthcoming action thriller film 'OM: The Battle Within', which is slated for release on July 1, 2022. It stars Sanjana Sanghi and Jackie Shroff in prominent roles.

Kriti, on the other hand, who was last seen in 'Bachchan Paandey' opposite Akshay Kumar, has been receiving love and appreciation for her 2021 film 'Mimi', for which she was also awarded the 'IIFA Best Actor Award' for her performance in the film. She has signed several projects and will be next seen with Tiger Shroff in 'Ganpath-Part 1'.

Sanjay Leela Bhansali, whose last directorial 'Gangubai Kathiawadi' became a blockbuster, is currently working on his first web series, `Heeramandi," which will stream on Netflix.