Karan Johar says he would’ve been 'lynched' if he had made the KGF like film, internet is divided 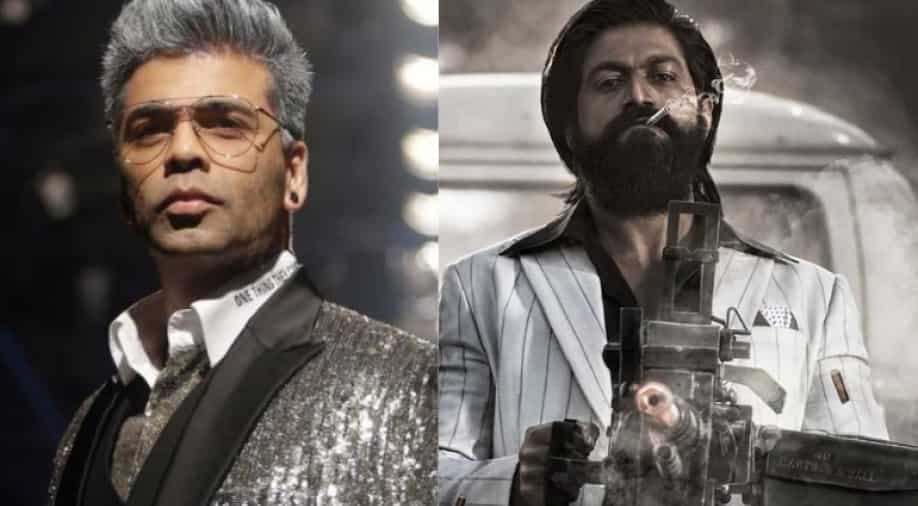 KGF 2 has raked in crazy numbers at the box office and become the third highest-grossing Indian film.

Bollywood is going through a rough face, many big-budget & star-studded films are struggling at the box office. In recent months, we witnessed back-to-back flops of some big star-studded movies like Ranveer Singh's 'Jayeshbhai Jordaar', Akshay Kumar's 'Bachchan Pandey', Kangana Ranaut's 'Dhaakad', and in the meantime South Indian movies are showing their prowess at the box office one after the another.

Whether it 'RRR', KGF 2' or Kamal Haasan's 'Vikram', the movies are earning big moolah at the theatres. Now, talking about the same, director and Filmmaker Karan Johar has given quite a controversial remark about KGF 2 and the movie plot.

During his interview with the Film Campanian, Karan got into the debate of Hindi cinema vs South cinema and said that if they would have make a 'KGF' like movie, they would have been ''lynched''.

Check out the highest-grossing films of 2022 so far: RRR, KGF 2, The Kashmir Files

''When I read the reviews of KGF, I’m like if we made this, we would be lynched. But here, everybody is like, Oh it was a celebration, a party and it was. I loved it. I loved it with all my heart. But what if we had made this?'' he said.

Further, Johar added, “So I feel it is working both ways. I think we are also not given lee-way and we are trying to be somebody else. It works both ways.''

Prashanth Neel's action drama 'KGF 2' has broken all the records. The movie which was released theatrically on April 14 is still dominating the box office. After a smashing performance at the box office, the film continues to make the headlines with its unstoppable global box office collections.

Twitterati quickly reacted to Karan's comments, one Twitter user wrote, ''First, make a movie which is even 10% of KGF, then talk.'' While, another wrote, ''You are wrong not all Bollywood movies are trolled by critics.''

He is correct the way Bharamstra is criticized , it won't be same if it was a South Indian movie

Said by a guy who made movie's such as"soty,dhadak, sooryavanshi,simmba,bombay talkies", highly acclaimed and praised bollywood movies of the last decade, karan could've won Oscar if not for critics 🤭🤭 #Brahmastra #KaranJohar https://t.co/dpbCqMm6Gb

South is making better masala movie, it's a fact., they don't care about intellectual critics.
If bollywood want to prove themselves, they should make original good and better action/ masala movies than South for audiance.

The movie which has raked in crazy numbers at the box office has surpassed SS Rajamouli's blockbuster hit 'RRR' starring Ram Charan and Jr NTR. The movie has minted Rs 1217 crore worldwide and has become the third highest-grossing Indian film after Aamir Khan's 'Dangal' and Rajamouli's superhit movie, 'Baahubali 2'.