In pics: Deepika Padukone and Siddhant Chaturvedi enjoy sunset while shooting for next film 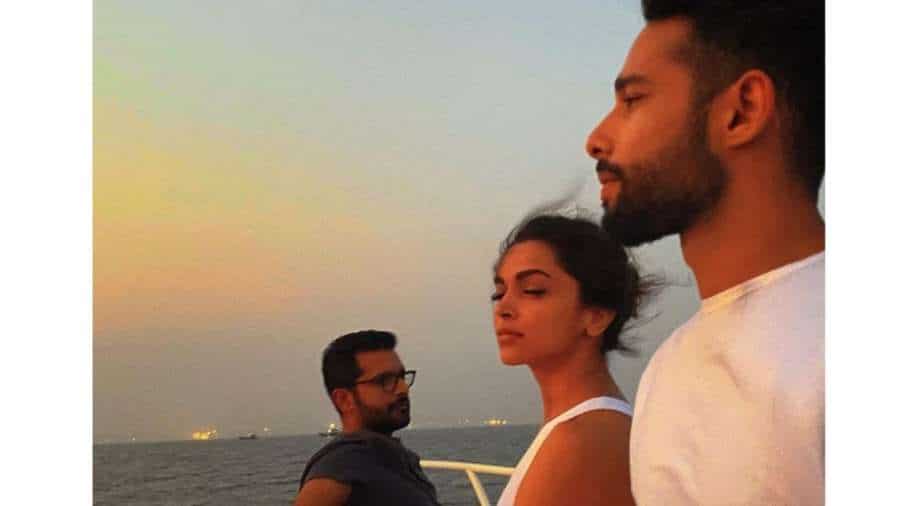 Deepika Padukone and Siddhant Chaturvedi are currently shooting for Shakun Batra's next.

Deepika Padukone and Siddhanth Chaturvedi are currently shooting for their first film together.

The duo was spotted leaving for Alibaug earlier and now set pictures have made their way to the internet. Deepika Padukone and Siddhant Chaturvedican be seen enjoying a pleasant evening on a boat as the sunset colours the sky a vibrant pink-red.

Siddhant and Deepika are collaborating for Shakun Batra’as next. The film is yet to be titled. The relationship drama also stars Ananya Panday. It is slated to release on February 12, 2021.

Siddhant Chaturvedi is a breakout star of 2019 as he starred with Ranveer Singh in ‘Gully Boy’ as his best friend.

Meanwhile, Deepika and Ranveer (real life couple) will be seen together for the first time since their wedding in 83’ that is directed by Kabir Khan and is based on India’s victory at the Cricket World Cup Tournament when Kapil Dev led the team to victory.

Ananya was last seen in ‘Khaali Peeli’ with Ishaan Khatter.

Prabhas confirmed to work with 'KGF' director in next, 'Salaar'