Dilip Kumar and Madhubala: How things turned sour for this star couple 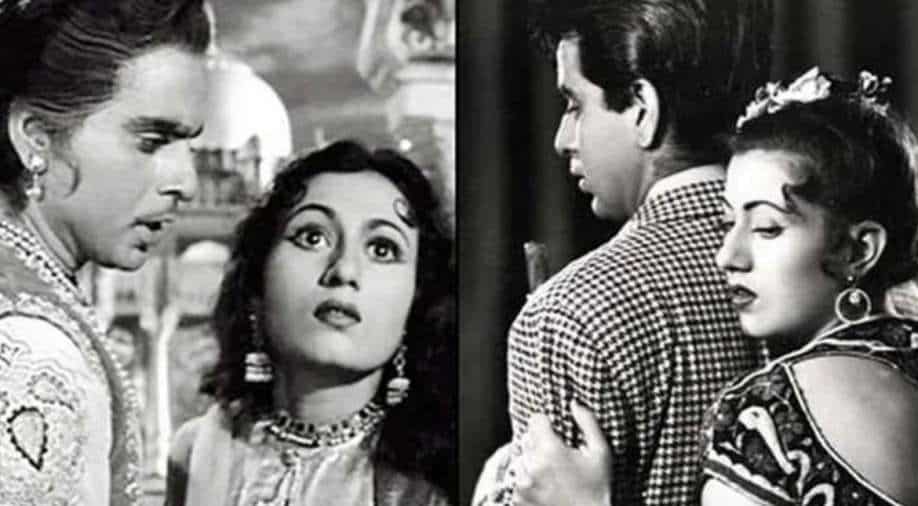 While Dilip Kumar married Saira Banu, he was involved with Madhubala for a long period of 9 years before they parted ways

Dilip Kumar, 98, died on July 7 and left a void in the Hindi movie industry as most would agree of his unmatched talent and charisma on screen. Popularly referred to as the Tragedy King of Bollywood, Dilip Kumar’s love life in real wasn’t short of drama as his reel life. Married to Saira Banu who took care of the legendary actor till he breathed his last, Dilip Kumar was once committed to Madhubala, touted as one of Bollywood’s most beautiful actresses ever.

While Saira Banu and Dilip Kumar shared a fairytale style of romance that turned into marriage and lifelong companionship, the veteran star was once head over heels in love with Madhubala and did some films together that were massive hits at the box office including K. Asif’s classic ‘Mughal-e-Azam’. Dilip Kumar and Saira Banu's marriage: A love story that withstood the test of time

Dilip Kumar and Madhubala started off as an onscreen couple. While working in films together, the duo fell in love and dated each other for 9 years. They were so serious that the entire movie fraternity considered them to be husband and wife albeit without the formal rituals.

The fling turned romance started with their first film together, ‘Tarana’ in which Madhubala played an uninhibited village beauty whose romance with a visiting doctor (Dilip Kumar) overcomes many hurdles and obstacles. The film was a hit. They then worked in ‘Sangdil’, another massive hit that emboldened the Dilip Kumar-Madhubala pairing in the eyes of the audience and film producers.

Dilip Kumar and Madhubala, often inseparable, at public gatherings and movie premieres parted because of a legal tussle that came in between their relationship. The duo had started working on BR Chopra’s ‘Naya Daur’. A controversy broke when BR Chopra replaced Madhubala with actress Vyjayanthimala, causing much displeasure to Madhubala's father Ataullah Khan who would take care of her career and finances. According to Chopra, Naya Daur was the kind of film that required the unit including Madhubala to travel to Bhopal for a 40-day location shoot, but her father insisted that the film be shot in the Bombay studios. When persuasion from Chopra's side failed, he replaced Madhubala and filed a legal case against her and her father for cheating him, as Madhubala had already accepted an advance of Rs 30,000 and now she was not interested in completing the film. The producer had asked Madhubala’s father to return the money but on Khan’s failure, he filed a legal suit against her.

Reportedly, in Gwalior, while Naya Daur was being shot, there was another film being shot which had experienced some hooliganism. Apparently some people had entered the shoot of that set and misbehaved with the women on the set. This is why Khan did not allow Madhubala to work in Naya Daur.

The court case lingered for four months and Dilip Kumar vouched for Chopra, going against Madhubala’s father. This led to a rift between Madhubala and Dilip Kumar. It was the start to an end of their relationship. Meanwhile, Naya Daur, now starring Vyjayanthimala as the female lead, was released and emerged a success.

The Epic Saga That Was Mughal-e-Azam

Considered the best that Bollywood has to offer, Mughal-e-Azam easily finds a place in almost any list that compiles the best films that Hindi movie industry has ever made. Starring Dilip Kumar and Madhubala, K Asif’s cult classic was a difficult movie to begin with. It only added that the two leading actors, the hero-heroine were barely talking while they had to act as blindly-in-love fools.

Dilip Kumar and Madhubala broke up in 1956 while the film went into production till 1959 and all this while they had to film romantic scenes where they long for one another.

It made matters worse that Madhubala was suffering from ventricular septal defect (hole in the heart), due to which her body produced extra blood that spilled out from her nose and mouth. She died young at the age of 36. She married Kishor Kumar in 1960 while Dilip Kumar went on to marry Saira Banu.

Remembering Dilip Kumar: The most iconic films of the megastar of Bollywood