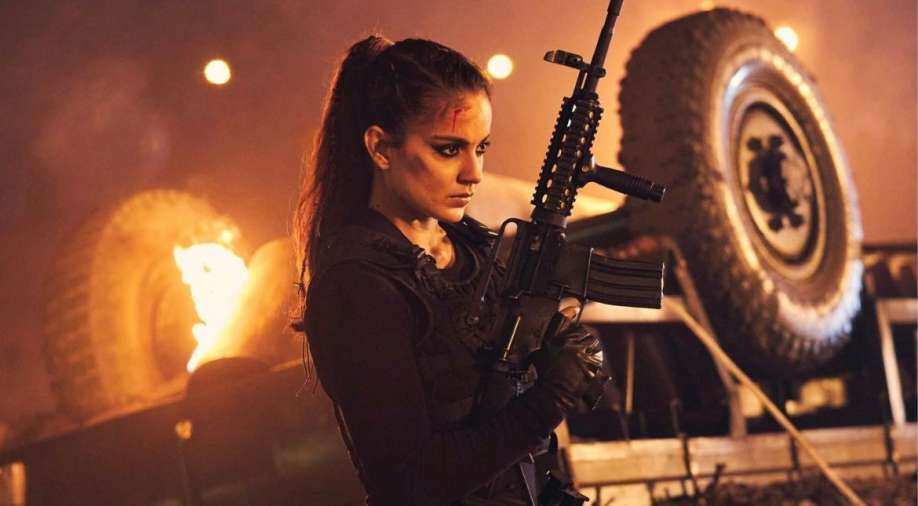 Kangana Ranaut introduced her character in new stills from 'Dhaakad'.

She shared new stills from her film and captioned them: "They call her Agni... the brave one #Dhaakad. I say she is my depiction of Bhairavi the goddess of death ... #Dhaakad.”

They call her Agni... the brave one #Dhaakad
I say she is my depiction of Bhairavi the goddess of death ... #Dhaakad pic.twitter.com/nZjuDFFpZC

The action-thriller will see Kangana Ranaut in a fierce avatar. In the pictures shared, Kangana is seen holding a machine gun with a burning vehicle in the backdrop.

The actress also announced earlier that Dhaakad will be releasing in theatres on October 1, 2021. It is said that Agni will be an agent in the film that is touted as a female-led action thriller. The film will deal with the issues of child trafficking and crimes against women. Dhaakad has been helmed by Razneesh Ghai.

Written by Chintan Gandhi and Rinish Ravindra, the action-thriller is jointly produced by Sohel Maklai Productions and Asylum Films.