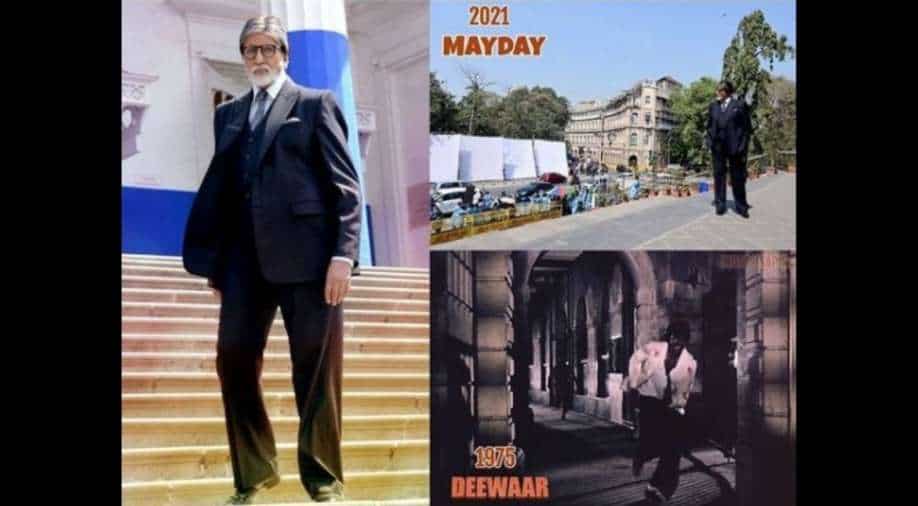 The Bollywood star happened to have shot for ‘Deewar’ at the same place where he continues to film for ‘Mayday’ in 2021.

Amitabh Bachchan got nostalgic as he shot for his upcoming film ‘Mayday’ as it reminded him of his ‘Deewar’ days.

The Bollywood star happened to have shot for ‘Deewar’ at the same place where he continues to film for ‘Mayday’ in 2021. So the new film reminded Amitabh of the year 1975 when Deewar was made and became a huge hit for the actor and ended up paving the way for his popular filmy character ‘the angry young man’ that he is fondly remembered as till date.

Getting nostalgic, Amitabh Bachchan shared a picture and wrote, "Deewar 1975 .. Mayday 2021 .. looking back in time .. the same corridor .. the same location .. so many film shoots here of several films of mine .. but today .. this came up."

In another post, he posed by an arch which featured prominently in Deewar's last scenes as Shashi Kapoor's character took a fatal shot at his brother, played by Amitabh in the film. This post saw his granddaughter Navya Naveli Nanda drop a comment: "Love you".