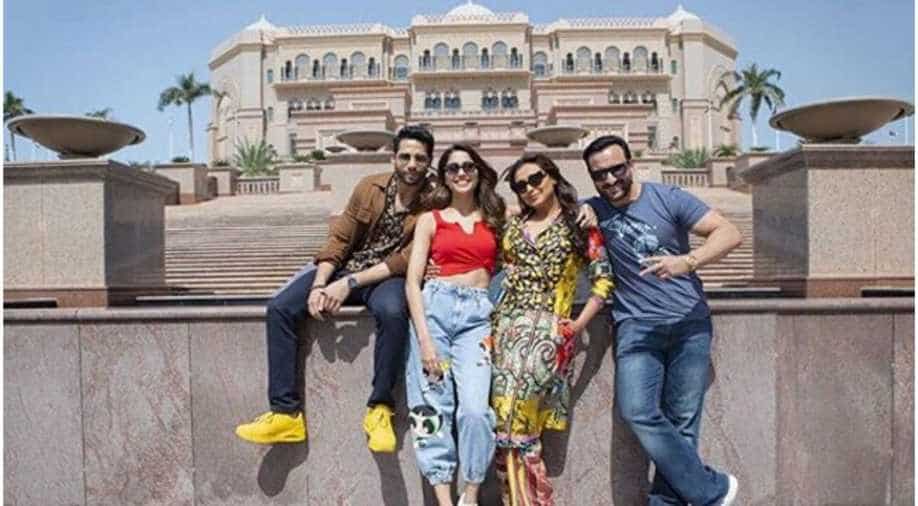 We last told you that Rani Mukerji and Saif Ali Khan have been cast to lead the much-awaited sequel of ‘Bunty Aur Babli’ that originally had Rani and Abhishek Bachchan play partner-in-crime as they con people. It was also announced that the film will feature ‘Gully Boy’ fame Siddhant Chaturvedi and newcomer Sharvari.

Now, Yash Raj Films, that is bankrolling the film, have released a new still of the foursome as they wrap up the Abu Dhabi shooting schedule. They had been shooting in the capital of the United Arab Emirates for the past few days.

Siddhant Chaturvedi shared the photo on his Instagram story and wrote, "The BnB squad."