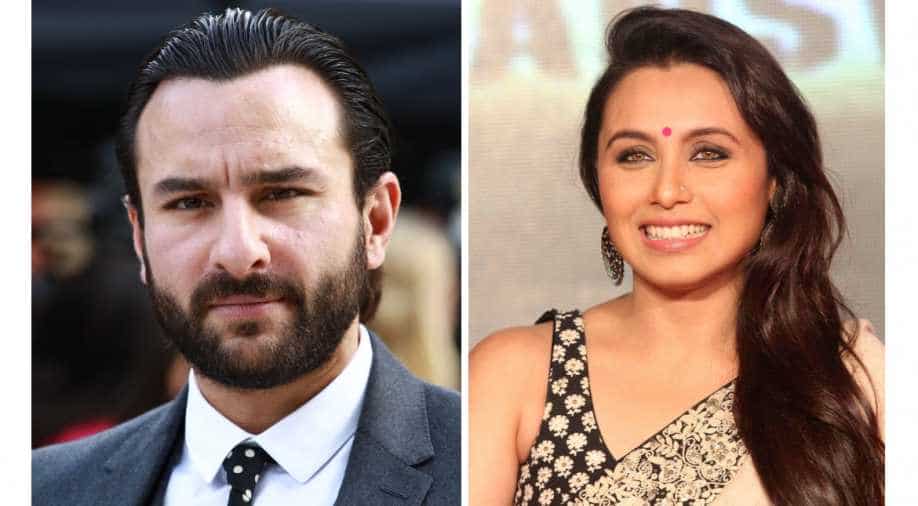 The two have reportedly been cast as seniors in Bunty Aur Babli sequel.

For all those who loved watching Saif Ali Khan and Rani Mukerji together in films, there’s good news. The two have reportedly been signed to star in ‘Bunty Aur Babli’ sequel.

The duo will reunite on the screen after 11 years.

The two have reportedly been cast as seniors in Bunty Aur Babli sequel. The original film, however, has Rani Mukerji and Abhishek Bachchan. The film was a hit at the box office and was also in the news for the reel stars’ chemistry on the screen because of their personal relationship off-screen.

‘Bunty Aur Babli’ sequel will be directed by Varun Sharma. On the reprisal, Rani Mukerji said, “It got tremendous love and appreciation from audiences, which led to the sequel. Abhishek and I were both approached to reprise our roles as the originals in Bunty Aur Babli 2 but, unfortunately, things didn’t work out with him and we will miss him dearly.”

She continued, “As a team, we are so happy to welcome Saif. I have lovely memories of working with him and I’m really looking forward to creating something new and exciting with him in Bunty Aur Babli 2. Hopefully, the audiences will give us the same love that they have given our earlier films.”

Saif also had to say that he is pretty excited to reunite with Rani. He said, “It’s a completely rebooted sequel and is set in today’s time. It is a fantastic script that hooked me instantly. It is an out-and-out entertainer for the entire family to sit and enjoy and this is what I loved and connected with. Also, it’s a new role for me, new language and milieu and that’s what I really look for in a script. I also love the dynamics between the originals and the new Bunty Babli in the film. It’s fresh, hilarious and extremely engaging. Rani and I have always had a lot of fun working with each other and I’m looking forward to our creative collaboration again.”

It was earlier announced that ‘Bunty Aur Babli’ sequel will have relatively new faces to lead the film, namely, Siddhant Chaturvedi and debutant Sharvari. The former was first seen in ‘Gully Boy’ as MC Sher, a rapper who helps Ranveer Singh’s character grow in the film. ‘Gully Boy’ was officially sent as India’s entry to Oscars 2020. The film, however, did not make it to the final nominations list.

As for ‘Bunty Aur Babli’ sequel, the film will be produced by Aditya Chopra.