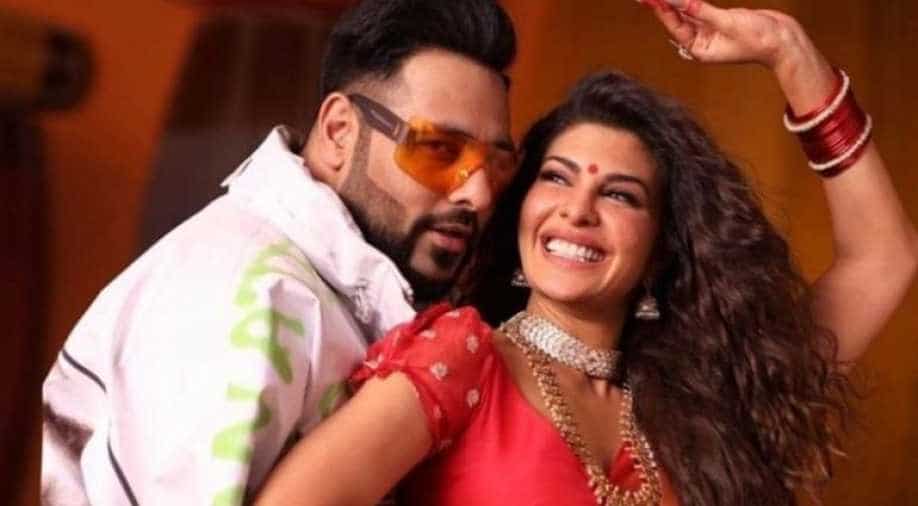 Badshah and Jacqueline Fernandez in a still from the song 'Genda Phool' Photograph:( Zee News Network )

Rapper Badshah has been called out for not giving due credit to the original lyricist of the song 'Genda Phool'.

Bollywood rapper Badshah's new song 'Genda Phool' may be a chart-topper but the song has kicked off a major plagiarism storm on Twitter. The singer-rapper has been accused of not giving credit to one Ratan Kahar of West Bengal who originally had penned the Bengali folk on which the song is based.

Now, addressing the controversy around his latest hit, Badshah has issued a statement clarifying his stand on the matter. Mentioning that his team had done due diligence before adopting the song, the rapper stated that his primary research had made him believe that the song was a tradition/folk song of Bengal- sung by the Bauls. "Traditional songs are open for recreations/reprises/sampling globally," said the long post on Badshah's social media handle.

The singer stated that he has always used elements of various folk songs from different regions in the country and that his latest, Genda Phool was an attempt at presenting the "gorgeous melody of the Bengali Language and the forgotten instrument of Dotara."

Badshah, however, stated that after the recent uproar around the song and its original lyricist, he tried to reach out to Kahar but so far has been unable to establish contact with him.

Through his post, he urged Kahar's representatives to reach out to him amid the lockdown so has he could do "whatever possible" on his part "on humanitarian grounds to put things right"

A few days earlier, several Twitter users pointed out the blatant copy of the popular folk song and pointed out that owing to his humble background, Kahar would never be able to sue Badshah for plagiarising his song due to financial constraint.

Here is a video of RATAN KAHAR performing his classic hit GENDA PHOOL from his residence in Shiuri (Birbhum district, West Bengal): https://t.co/akhGFAXgvc
In the end, he expresses (in Bengali) his sadness for not getting credited for his lyrics and composition.

I remember his song from my childhood in Kharagpur, my sisters and I sang it often. Badahah needs to give open credit. Rather slimy, this plagiarism. But not surprising.

What a shame. Plagiarists have to be dealt with firmly..

Kindly give due credit and financial support to original sing creater ketan kahar Bengali artist of the song Genda phool, u stole his catch phrase lines written by him n not given CREDIT that's not fair, u r insulting an artist being an artist.. apologize to him & help him

'Genda Phool' has Bengali and Hindi lyrics. Singer Payal Dev has sung the Bengali lyrics and the music video stars Jacqueline Fernandez and Badshah. The video so far has got over 70 million views.