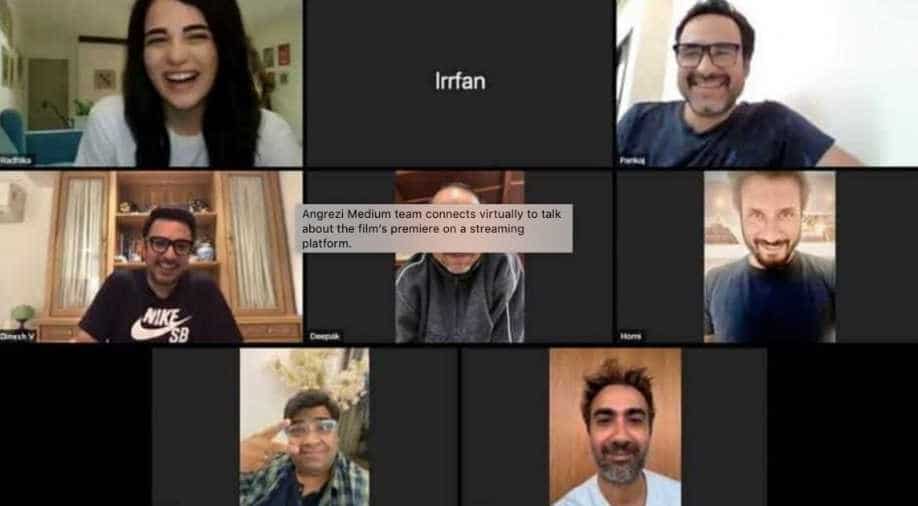 The film ' Angrezi Medium' is currently streaming on DisneyPlus Hotstar.

It was a fun evening for ‘Angrezi Medium’ cast as they gathered to watch the film together on DisneyPlus Hotstar. The film is now streaming on the OTT platform as cinema halls across the world shut down owing to coronavirus crisis.

Radhika Madan, Irrfan Khan, Deepak Dobriyal and others were spotted in a screenshot they took of each of them huddling up in their homes to watch their film. Others including Pankaj Tripathi, Ranvir Shorey, Kikur Sharda and director Homi Adajania were also part of this. Also seen was producer Dinesh Vijan who was seen chatting during a video call. Irrfan is also present but he has kept his camera closed in the video call.

The film also features Dimple Kapadia and Kareena Kapoor Khan in pivotal roles, but they seem to be missing from the video call.