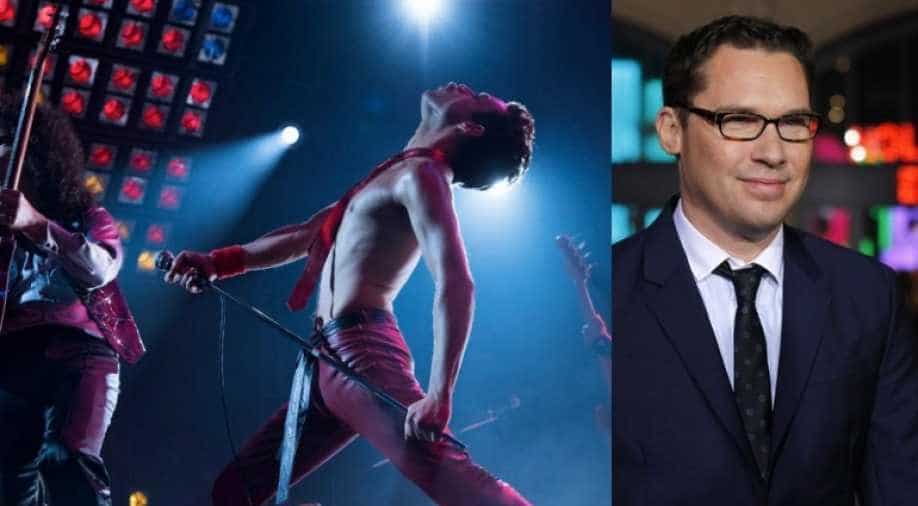 A still from 'Bohemian Rhapsody' and a file image of Bryan Singer. Photograph:( WION Web Team )

In a statement released on Wednesday, Bafta said it considered the director's alleged behaviour "completely unacceptable and incompatible" with its values.

In a major news update, ‘Bohemian Rhapsody’ director Bryan Singer has been removed from BAFTA Awards nomination list as a result of the sexual abuse charge against him.

As part of the announcement, BAFTA declared that the film ‘Bohemian Rhapsody’ continues to be in the list for the Outstanding British Film award but Singer’s nomination has been "suspended".

In a statement released on Wednesday, Bafta said it considered the director's alleged behaviour "completely unacceptable and incompatible" with its values. He has been accused of sexually abusing four under-age men who claim to have spoken for the first time in public about their respective incidents in an article published in The Atlantic. The director, however, denied all allegations and called it a "homophobic smear".

The campaign led to Singer getting fired as the director of ‘Bohemian Rhapsody’ three weeks before filming was complete for what was referred to as "unreliable behaviour on the set". He said he had been ill and the studio was "unwilling to accommodate" him during that illness. His name remains on the film's credits.

The statement further added: "For the avoidance of doubt, Bohemian Rhapsody remains nominated in the Outstanding British Film category, and the other individuals named as candidates in respect of the film remain nominees.

"Bafta believes everyone has the right to a fulfilling career in a safe, professional working environment, and it will continue to collaborate with the film, games and television industries to achieve this."