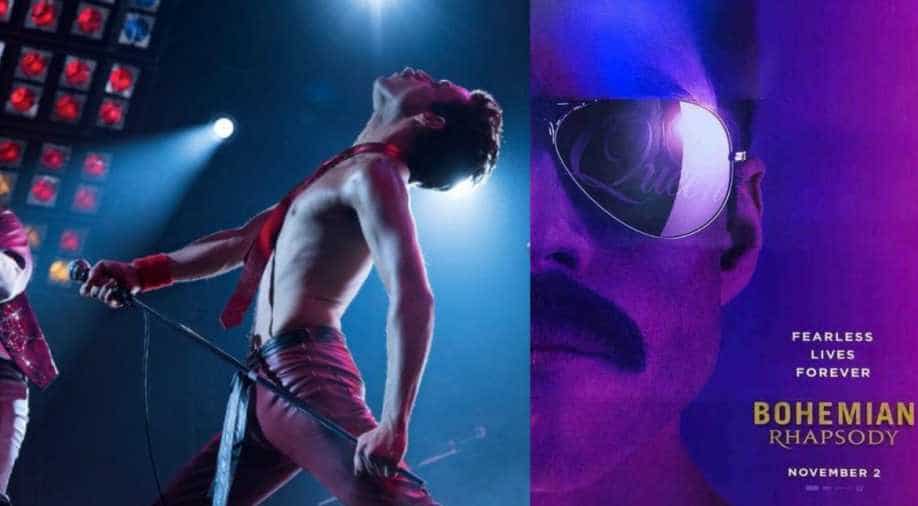 The Atlantic magazine on Wednesday published accounts from four new accusers -- including two who said Singer had sex with them when they were underage -- in an article that also chronicled years of similar allegations.

The Atlantic on Wednesday published accounts from four new accusers -- including two who said Singer had sex with them when they were underage -- in an article that also chronicled years of similar allegations.

But 53-year-old Singer, who is behind such hits as the 'X-Men' movies and 'Superman Returns,' said the article was timed to capitalize on the success of 'Bohemian Rhapsody' -- which is nominated for five Oscars, including best picture.

In Pictures: Christian Bale to Bradley Cooper, Oscars 2019 Best Actor nominees are a bunch of talent!

"It is no surprise that, with Bohemian Rhapsody being an award-winning hit, this homophobic smear piece has been conveniently timed to take advantage of its success," Singer said in a statement sent to AFP by his attorney Thursday.

"The last time I posted about this subject, Esquire magazine was preparing to publish an article written by a homophobic journalist who has a bizarre obsession with me dating back to 1997," he added, without identifying the reporter.

"After careful fact-checking and, in consideration of the lack of credible sources, Esquire chose not to publish this piece of vendetta journalism.

"That didn't stop this writer from selling it to The Atlantic," he said.

The article's authors, Esquire journalists Alex French and Maximillian Potter, said they spent a year investigating lawsuits and allegations against Singer and interviewed more than 50 sources.

One interviewee claimed Singer had sex with him in 1997 when he was 17. Another alleged he also had a sexual encounter with Singer that year when he was 15.

Both men said Singer knew they were under 18, the age of consent in California.

"The portrait of Singer that emerges is of a troubled man who surrounded himself with vulnerable teenage boys, many of them estranged from their families," the article said. "Their accounts suggest that Singer didn't act alone; he was aided by friends and associates who brought him young men.

"And he was abetted, in a less direct way, by an industry in which a record of producing hits confers immense power."

French and Potter explained on Twitter that the article ran in The Atlantic because it was rejected by executives at Hearst, which owns Esquire, for unknown reasons.

Sexual misconduct rumours have swirled around Singer for years. He has been the subject of multiple lawsuits related to sexual abuse of teenage boys -- several of which were dropped or settled out of court.

His name has been conspicuously absent from the awards circuit this season,  and he was not mentioned at this month's Golden Globes when "Bohemian Rhapsody" earned two awards for best drama and best actor.

Singer was fired by 20th Century Fox in December 2017, shortly before filming for "Bohemian Rhapsody" wrapped up, for failing to show up to work. He claims he was let go because 20th Century Fox refused to allow him to take time to take care of an ill parent.

The fresh allegations against him come as the latest chapter in Hollywood's reckoning over sexual assault and harassment that has already seen television icon Bill Cosby jailed and movie mogul Harvey Weinstein indicted.

The Atlantic article prompted the LGBTQ advocacy organization GLAAD on Thursday to pull 'Bohemian Rhapsody' from consideration at its annual Media Awards.

Nominations for the award are to be announced at the Sundance Film Festival in Utah on Friday.

"This week’s story in The Atlantic documenting unspeakable harms endured by young men and teenage boys brought to light a reality that cannot be ignored or even tacitly rewarded," GLAAD said in a statement.