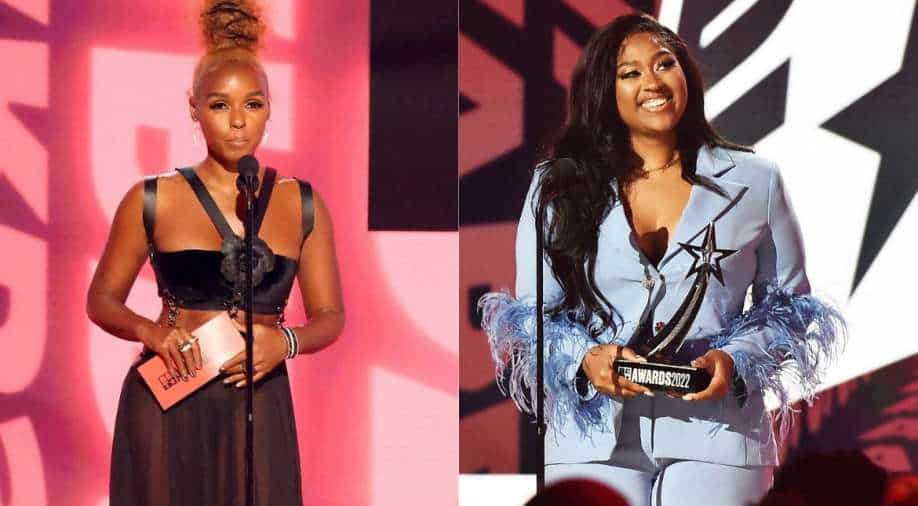 Host Taraji P. Henson also addressed the US Supreme Court verdict in her opening statement at the show’s opener, which followed Lizzo’s performance of ‘About Damn Time.’

The BET Awards stars grabbed their opportunities to slam the United States Supreme Court after Friday's decision to overturn Roe v. Wade, the 1973 case that legalised abortion nationwide. Janelle Monae, the first presenter of the night, put up her middle finger and said, "F*** you, Supreme Court," from the stage during the live ceremony that took place Sunday at the Microsoft Theater in Los Angeles. The expletive was bleeped during the telecast, but her middle-finger gesture was shown, as per The Hollywood Reporter.

"I’d like to give a special, special shoutout to black women, to black queer artists, and to black nonbinary artists. These artists make art on our own terms, owning our truths and expressing ourselves freely and unapologetically in a world that tries to control and police our bodies, my body, and our decisions, my decision," Monae said.

She continued, "F*** you, Supreme Court. I know we are celebrating us right now, as we should--we absolutely deserve to celebrate, especially now. We must celebrate our art by protecting our rights and our truths."

Host Taraji P. Henson also addressed the US Supreme Court verdict in her opening statement at the show’s opener, which followed Lizzo’s performance of ‘About Damn Time.’ Henson hailed Lizzo’s announcement Friday that she would be donating USD 500,000 to Planned Parenthood, with an additional offering of USD 500,000 from Live Nation. "Thank you, Lizzo, for pledging one million dollars to Planned Parenthood. And you're damn right—it's about damn time. It's about damn time we step into our power. It's about damn time we talk about the fact that guns have more rights than a woman. It's a sad day in America," Henson said.

The star added, "A weapon that can take lives has more power than a woman, who can give life if she chooses to." Jazmine Sullivan, the night’s first winner for Best R&B/Pop Artist, also addressed the historical verdict during her time on stage, although she didn’t directly mention the Supreme Court or abortion.

"As always, I do this for the women; for my sisters, especially. It's a hard time right now for us, and I want to speak directly to the men. We need y’all. We need y’all to stand up. Stand up for us, stand up with us," the singer said.

Sullivan added, "If you have ever benefited from a woman making one of the toughest decisions of her life, which is to terminate a pregnancy, you need to be standing with us. This is not just a women's issue. This is everybody’s issue, and we need your support more than ever, OK, fellas. Y’all got us? Because we’ve got y’all. Y’all got us?"

Meanwhile, Latto, winner of the Best New Artist, said in part of her own acceptance speech, "It’s giving pro-choice. It's never giving a man policing my body."