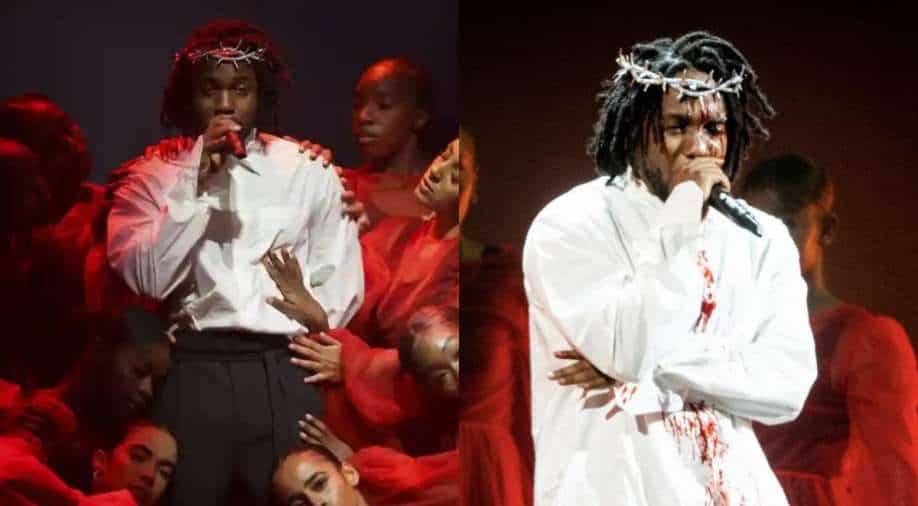 American rapper Kendrick Lamar used the Glastonbury platform to protest against the roll-back of abortion rights in the United States.

Rapper Kendrick Lamar, who headlined the Glastonbury festival along with Billie Eilish and Sir Paul McCartney, gave a powerful performance on Sunday at Somerset, England as the legendary 5-day event came to an end. During his set, he raised his voice against the roll-back of abortion rights in his country and also compared women in his country to Jesus Christ.

At the end of the ‘Mr. Morale And The Big Steppers’ track, he repeated a chant for women's rights. With fake blood pouring down his face from a thorn-filled crown, the star repeatedly said, "Godspeed for women's rights. They judge you, they judged Christ." And, also stated that we must "continue to walk in his image".

He repeated the phrase with increased intensity a few times before throwing the microphone to the ground and walking off the stage.

This chant is significant for women in the United States as it opposes Supreme Court’s recent decision to overturn Roe v. Wade.

“On behalf of me and my team, I want to thank every individual out here tonight. I consider y’all family, this shit is special, it means a lot to me,” Lamar said during his performance. “I look out into the crowd and I see different creeds, different colours," he added.

The theatrical performance that Lamar gave was unlike anything this music festival has ever witnessed before. And, since the Pulitzer Prize winner always addresses themes of mental illnesses, guilt, greed, loyalty, power, ambition and prejudice in his tracks, it also translated well as a stage performance.

At Glastonbury, Lamar performed several hits and danced next to men dressed in black trousers and white shirts and women dressed in flowing red dresses. It was perfectly choreographed and looked every bit magical visually.

The rapper used the stage to spread a message around the world about women's rights and how they should have the authority to decide what they want to do with their bodies.

Several other performers at Glastonbury did the same. While performing on the Pyramid stage, Billie Eilish said on Friday that it was a "dark day" for American women and referred to the abortion rights SC ruling.