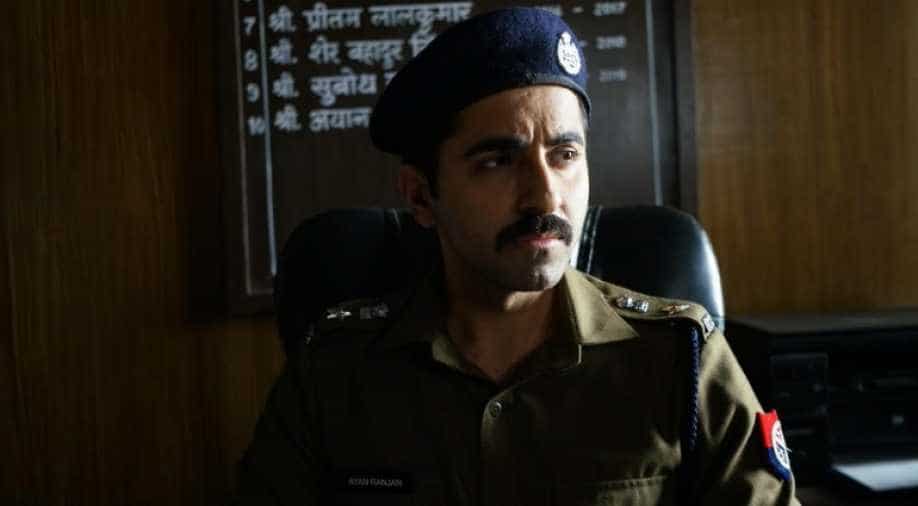 Ayushmann, who is known for portraying diverse roles with perfection, has garnered immense appreciation for 'Article 15' and now the actor has found a new fan.

Ayushmann Khurrana's latest outing 'Article 15' has won a million hearts owing to its powerful storyline, direction and brilliant performances by the actors of the film.

The movie struck the right chords with the audience by pointing out the caste discrimination that still exists in various parts of the country.

Ayushmann, who is known for portraying diverse roles with perfection, has garnered immense appreciation for 'Article 15' and now the actor has found a new fan in none other than Amul!

The film has received an honour by Amul in a pictorial, which features the iconic Amul girl, who is seen standing next to a cartoon version of Ayushmann`s cop avatar from the film, in front of a police jeep.

The poster twisted the tag line "Farq bahut karlia, ab farq laenge (We have created enough differences, now we will bring a difference)" to "Farq laayenge, Makhan khaayenge!", giving it their own 'utterly butterly' twist.

The actor was touched by the gesture of the dairy brand, which is known for celebrating defining moments across various walks of life down the decades through their witty posters.

Sharing the doodle on Instagram stories, Ayushmann wrote, "This is special." 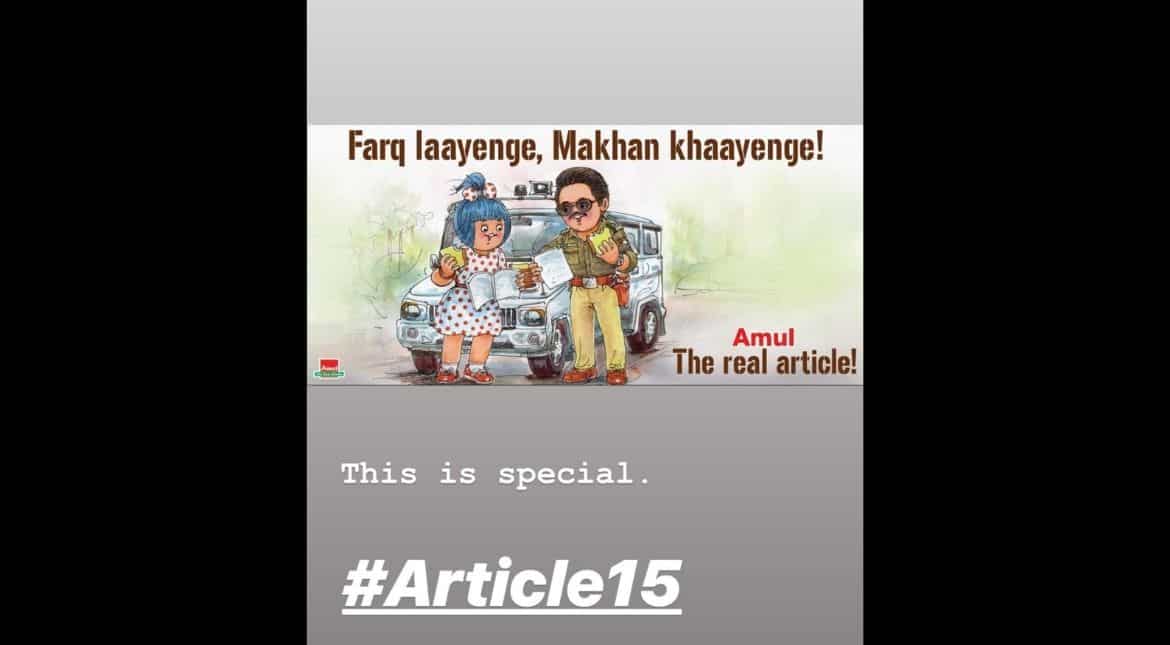 While, the director of the film, Anubhav Sinha shared that it was his dream to get an Amul caricature."A secret dream fulfilled. Thanks, AMUL," he wrote alongside the cartoon poster shared on his Instagram.

A secret dream fulfilled. Thanks AMUL!!!

Amul is known for its creative and quirky cartoon posters on films and actors.

'Article 15', produced by Benaras Media Works, was released on June 28.

Apart from this, Ayushmann has 4 other projects in the pipeline including 'Bala', 'Shubh Mangal Zyaada Savdhaan', 'Gulabo Sitabo' and `Dream Girl`.