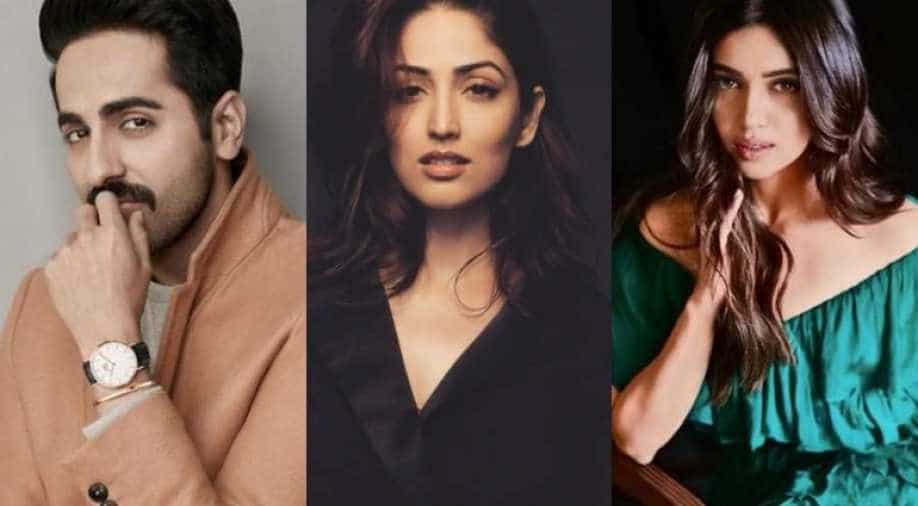 The actors have wrapped up shooting of Amar Kaushik directorial 'Bala', and the cast shared pictures and videos on social media of them celebrating the occasion.

Ayushmann Khurrana and Yami Gautam have wrapped up shooting of Amar Kaushik directorial 'Bala', and the cast shared pictures and videos on social media of them celebrating the occasion.

Ayushmann, who is playing the role of a person who starts losing his hair early in the film, which also stars Bhumi Pednekar, uploaded a series of videos on his Instagram stories where the entire crew can be seen celebrating the occasion by dancing and cutting a cake.

In one of the videos, the crew can be seen shaking a leg on a peppy track 'Morni Banke' where Ayushmann was seen teaching the signature step of the song.

In the second one, the actor along with the entire team including director Amar Kaushik and Yami Gautam are seen cutting a cake to celebrate the last day of the movie. "It's a film wrap," he captioned the picture. 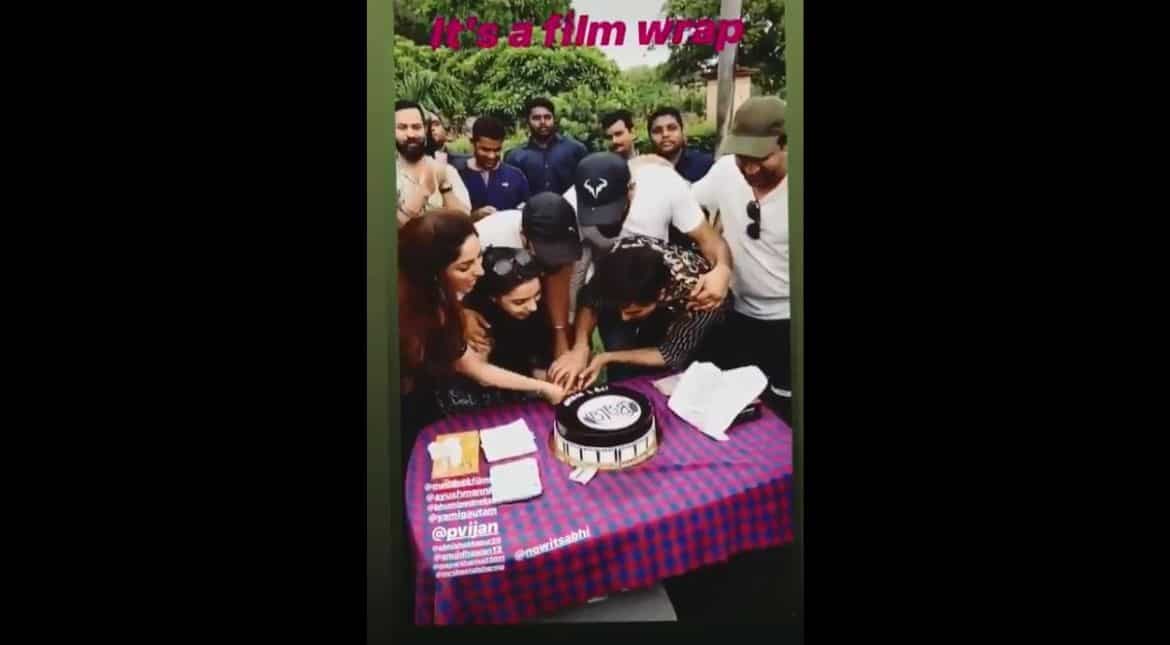 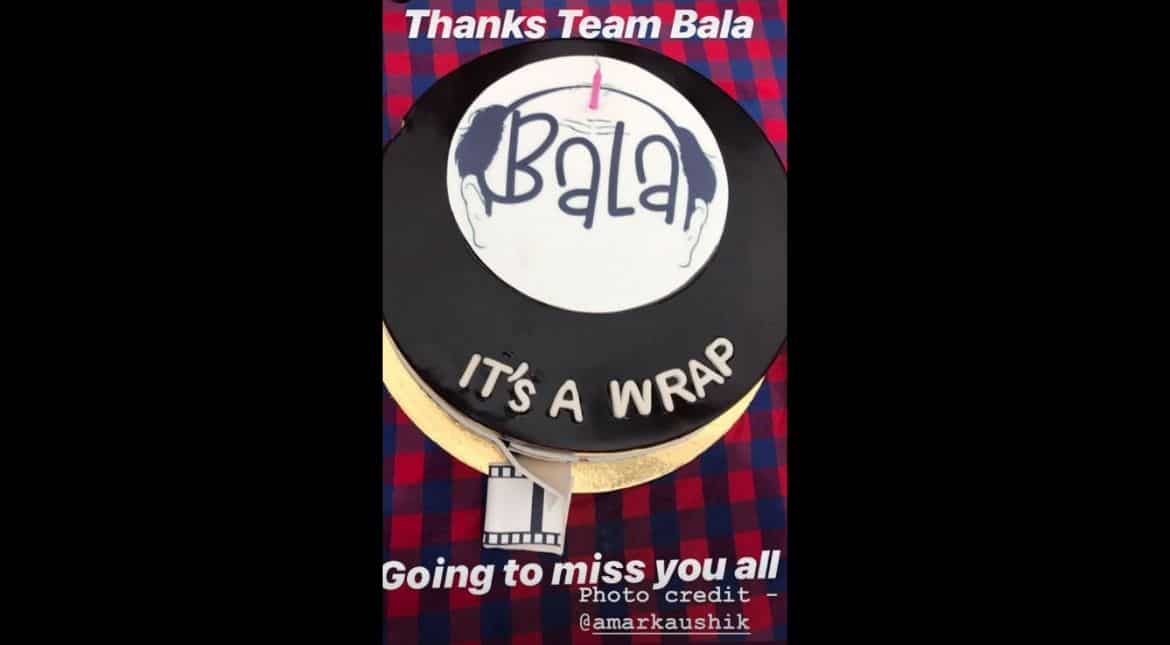 Yami also shared a picture from the sets of the film where everyone can be seen pouncing on the cake. "This expression is literally what we felt in every moment spent on this set...with this team...Bala," she captioned the picture on her Instagram story. 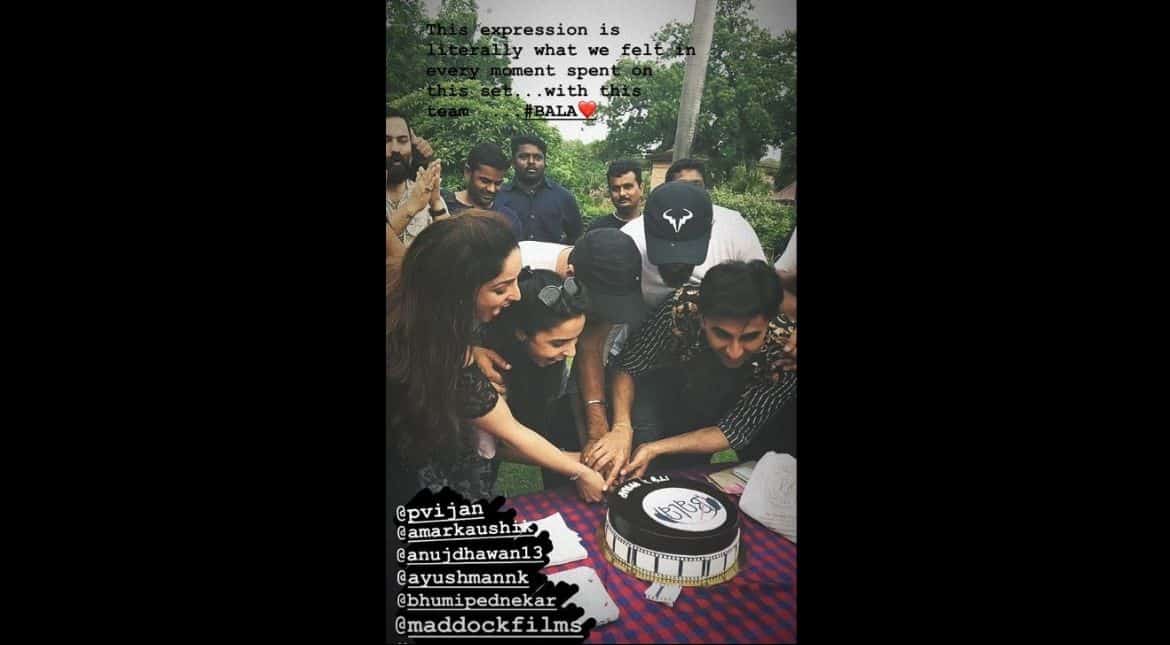 However, it seems that Bhumi was not present for the celebrations as she was not spotted in any of the videos.

The plot of the film is expected to deal with a sensitive issue of early balding in men, a phenomenon that has become today's reality due to lifestyle choices, with a hint of humour.

Bhumi will be seen playing the role of a dusky small-town girl at odds with a society that is obsessed with fair skin.

Ayushmann and Bhumi have earlier worked in blockbusters like 'Dum Laga Ke Haisha' and 'Shubh Mangal Saavdhan'. The upcoming film marks their third collaboration together.

Meanwhile, Ayushmann and Yami are collaborating for the second time after the 2012 hit 'Vicky Donor', which marked the Bollywood debut of both the actors.

The comedy-drama, produced by Dinesh Vijan under the banner of Maddock Films, is expected to hit the big screens in September.