Third time's a charm for Ayushmann Khurrana, Bhumi Pednekar as they get roped for next film 'Bala' 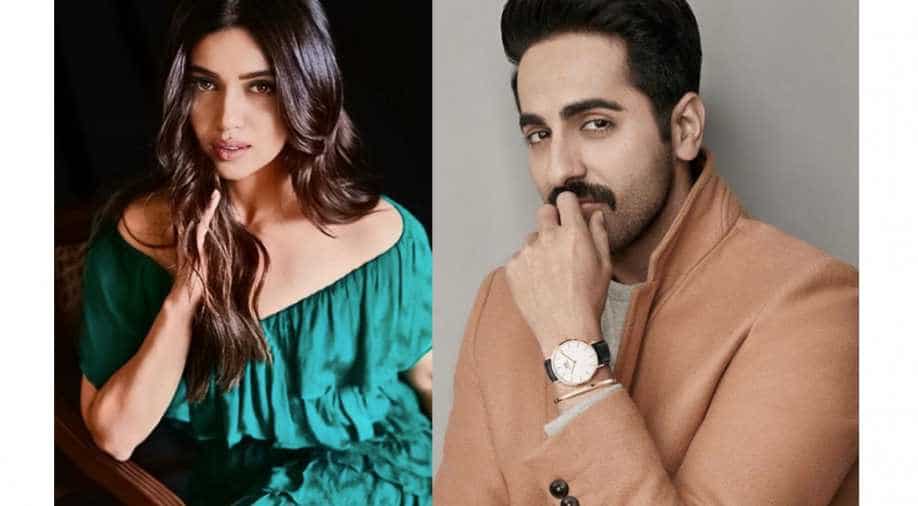 Ayushmann who is excited for being paired with Bhumi said, “Bhumi and I have a great chemistry together because of our equation and I’m glad audiences also loved us in our previous two films which became big hits.

We will now be seeing Ayushmann Khurrana and Bhumi Pednekar again on the screen as they are roped in for yet another film ‘Bala’ directed by Amar Kaushik.

After giving two successful films ‘Dum Laga Ke Haisha’ and ‘Shubh Mangal Saavdhan’, the two will be back together on the screen. Director Amar Kaushik last made ‘Stree’ with Rajkummar Rao and Shraddha Kapoor that went on to become a commercial success.

Ayushmann who is excited for pairing up with Bhumi said, “Bhumi and I have great chemistry together because of our equation and I’m glad audiences also loved us in our previous two films which became big hits. Being a hit jodi definitely adds to the pressure of delivering good work and I’m extremely confident of that film’s script will connect with audiences across the world given its universal theme.”

Appreciating Bhumi as an actress, he added, “Bhumi is an exceptionally talented actress and it is always fun to work with her. We have previously given people something new and quirky to see and Bala will not be an exception because of its storyline. I’m hoping audiences will give us a lot much love in our third film together.”

Bhumi too expressed her delight on working with Ayushmann and said, “Ayushmann and I love slice-of-life films and I’m super excited to collaborate with him for the third time. We have been loved immensely in our previous two films and it gives me a lot of confidence that with Bala we will again give people another fun film to watch. I think audiences expect our pairing to do off-centre, quirky films and it’s great equity to carry forward with Bala, a film that again takes on societal stereotypes in a hilarious manner. Ayushmann is a powerhouse actor and he always gets the best out of me. So, I can’t wait to start the film.”