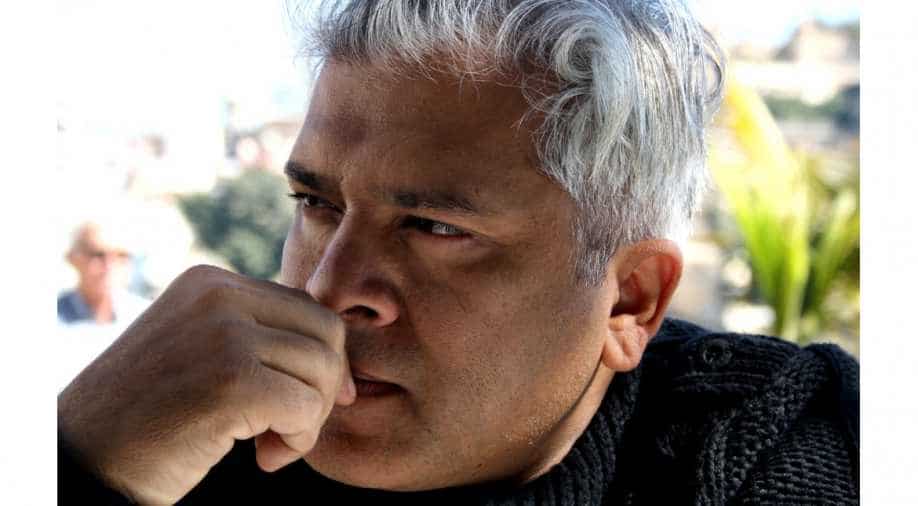 In an exclusive chat with WION at the Serendipity Arts Festival, theatre and film artiste Atul Kumar revealed details about his next role in 'The Accidental Prime Minister', with Anupam Kher playing former Indian PM Manmohan Singh, other films and his love for theatre.

For someone who prefers being addressed as a theatre artist over a film actor, Atul Kumar, is a busy man these days. Last seen in Nandita Das’ ‘Manto’, Atul is occupied with the ongoing Serendipity Arts Festival taking place from December 15-22 in Panaji, Goa as he has his hands full in the role of a curator for theatre projects.

Co-curating projects with Arundhati Nag, a fellow theatre-film artiste --they brought together projects/performances with an aim to bring interdisciplinary and collaborative work to the front.

In a candid conversation with WION, Atul revealed details of his role at the festival, when he was bit by the acting bug, on choosing theatre over films, future plans and his role in the much-talked about upcoming film ‘The Accidental Prime Minister’.

Atul has curated before but never on such a large scale. He likes the idea of these multidisciplinary festivals but he puts forth arguments on why some people might raise objections. “Some might argue that this kind of money and human resources employed for this festival could have been used in a more constructive manner. It’s a completely valid point,” he said.

The ‘Manto’ actor also pointed out that another argument could defend the need for these festivals, attributing it for bringing “communities together”. He said, “They (festivals) do become an occasion to celebrate art work which then becomes a platform for new collaborations and introspection, especially in a festival like this where there are so many disciplines. It becomes great food for thought and ground to construct. It’s very important.”

Enjoying his time at the festival, seeing enthusiasts line up for different programs, Atul believes that theatre is “an ever evolving art form.” He continued, “Within this festival, you will see that there are performances, which are telling us stories in many different forms, within the category of theatre and performance. There are theatrical performances that are telling you stories without actors now. These are non-linear, not based on linear narratives but are still telling you stories. There are experiences right now that are very theatrical, which have nothing in it of a story but they are still telling you something.”

The Company Theatre celebrates its 25 years!!! We begin with this fabulous play directed by Sujay Saple & Rachel D'Souza pic.twitter.com/UIudk5wXKT

Being in the industry for over 30 years now, Atul feels that the art of storytelling has changed but so is the story being told and “thank God for that! Otherwise I’d probably not be doing theatre anymore,” he said.

Does he feel that people’s taste in art has refined over the years? He’s quick to respond to this and said, “There's always been a problem with breaking a norm, and it takes time to get people to like it, understand it. It was never like this when I started. 20 years back, it was not the same as it was 30 years back. So it’s changing constantly and it's only growing positively."

Atul might prefer theatre over films but the audience still gets to see him on the big screen, thanks to a few films he does every year. Among a few in the pipeline in 2019 is ‘The Accidental Prime Minister’ that has Anupam Kher playing former Indian Prime Minister Manmohan Singh. It is based on the book of the same name, written by Sanjay Baru, who served as the media advisor of Singh from 2004 to 2008.

Atul revealed: “In this film, I am playing the national security adviser to the prime minister. There are these 3-4 people who are very close to the prime minister and I am one of them. They’re always fighting among themselves on how to be with America, how to be with the leaders who are visiting, how Sardarji should present himself. Somewhere along the line I die, and then there's a new guy who comes in.”

‘The Accidental Prime Minister’ will release on August 15.

When asked how he would react to the film being pulled in any controversy as the release date comes closer, given the nature of the film’s topic, the actor replied that “it is an important film. It’s about this leader who has these qualities, which he imbibed from Mr Rao (PV Narasimha Rao, former Indian Prime Minister).” He added, “It’s politics, I don’t really know where I stand, till I have seen it. I was afraid about ‘Manto’ as well when it was being made. These are delicate, sensitive topics. But i was very very happy (with the film).”

From a CID officer in Meghna Gulzar’s ‘Talvar’ to the National Security Adviser in Vijay Ratnakar Gutte’s ‘The Accidental Prime Minister’, Atul admits that he doesn’t like being offered the same kind of roles. He complained, “It’s all the same. Bollywood is a bit like that. I have this bloody white hair and everybody gives me similar roles, either I am playing a CID officer or a police officer or a college professor.”

He has another film after ‘The Accidental Prime Minister’, with ‘Bheja Fry’ director Sagar Ballary. It is about a man in the state of Odisha who started an NGO to support children of tribal areas. Atul plays the NGO owner in the film. The film is, however, centered around another character who is Atul’s character’s friend. A sports film, it is about the journey of a few kids who were spotted by this character who is a rugby coach, fighting on a street or a football ground and trained under him in the sport.

Atul narrated, “He took 4 months of training with the kids whom he had chosen for the game and made a rugby team. This team qualified for the World Cup, went all the way to Wales and won the Rugby World Cup. And we didn’t even know about it.”

Atul was last seen in the critically acclaimed film ‘Manto’, in a hit-and-miss appearance. Reflecting on it, he said, “I did a very small role. In the film it’s not a very important role either. I liked what she did with all these little cameos. I am playing Ismat Aapa’s (Ismat Chughtai) husband. It is an important film for me.”