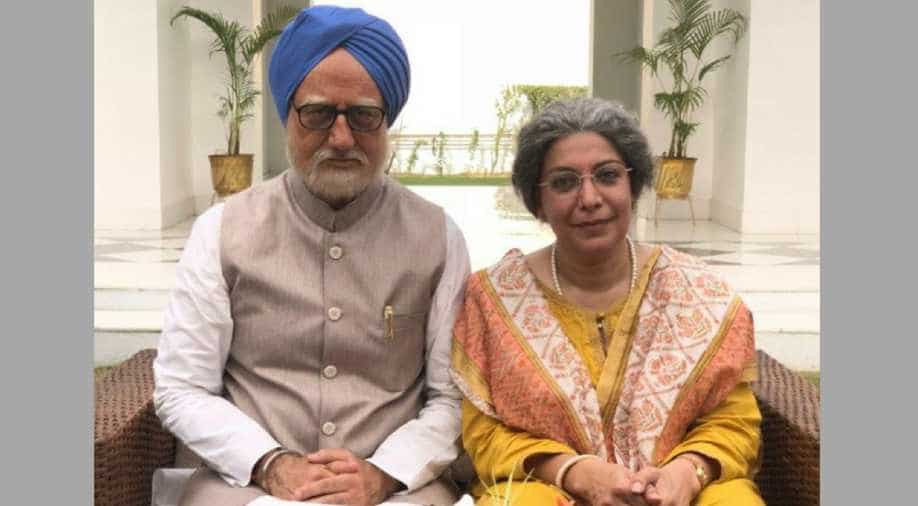 Veteran actor Anupam Kher’s look from The Accidental Prime Minister has been very well received by the audience as he looks a spitting image of the former Indian PM Manmohan Singh -- on whom the film is based. After stunning his fans with his mirrored portrayal of Singh (in clips and photos that have been released on social media), Kher has some news for those following the film’s updates.

Sharing a photo on his Twitter page, Kher revealed who will play the role of his reel wife -- Divya Seth Shah. Shah has been roped to play the role of Gursharan Kaur, wife of Manmohan Singh.

The Accidental Prime Minister is based on a book by Sanjaya Baru, a former media adviser to Manmohan Singh.

The movie is directed by debutant Vijay Ratnakar Gutte, along with Hansal Mehta as the creative producer and also features Akshaye Khanna as Baru.

The film is slated to release on December 21.