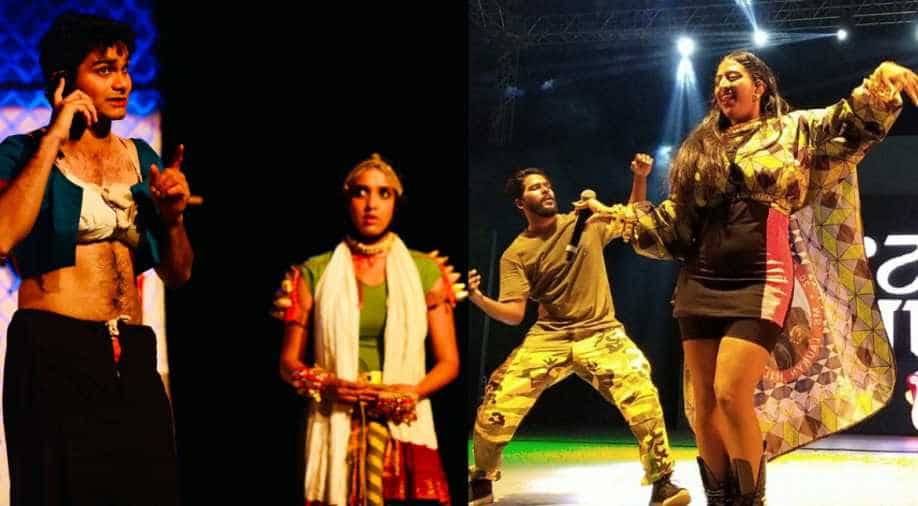 The festival has celebrated names like theatre and film personalities Atul Kumar and Arundhati Nag, music composer Sneha Khanwalkar, singer-songwriter Raja Kumari and Shubha Mudgal and many others from their specific art forms to curate and perform.

India’s first multi-disciplinary arts and culture event, the ​Serendipity Arts Festival 2018 is currently taking place in Goa from December 15-22. Now in its third edition, the one-of-a-kind festival features over 90 projects with an aim to highlight India’s rich traditions of music, dance and theatre along with culinary, craft, and visual arts.

Getting together celebrated names like theatre and film personalities Atul Kumar and Arundhati Nag, music composer Sneha Khanwalkar, singer-songwriter Raja Kumari and Shubha Mudgal and many others from their specific art forms to curate and perform at the festival, it offers a lot to those who are interested in getting to know India’s rich heritage, a tad closely.

Smriti Rajgarhia, Director, Serendipity Arts Festival on the thought behind the festival said, “Our vision is to create a strong foundation for arts development across the disciplines.There’s a strong focus on interdisciplinary practice and dialogue between disciplines.”

The festival is currently spread over different venues in Panaji, Goa that cater to different disciplines. While one archaic building, Adil Shah Palace (that has stood a test of time as it predates Portuguese invasion of Goa) offers a unique display of visual arts including photographs that have been collected over time; another venue Santa Monica Jetty cruise offers ‘River Raga’ wherein classical singers play Indian instruments while a cruise sets sail along the river Mandovi.

The festival, as the organisers believe and what is true from most performances also serves as a catalyst for cross-cultural exchange that helps in offering equal opportunities to artists, artisans, indigenous and folk art forms, performers and other creative practitioners from all over the country.

Among the key highlights of the event so far have been non-linear theatrical performances that have taken seen-before-tales and given a new spin to it. Grammy award-nominated singer-songwriter Raja Kumari and a surprise performance by Gully Gang musical duet was another event to not miss out on.

If you’re someone who is a keen listener of sounds then music composer Sneha Khanwalkar (‘Gangs of Wasseypur’ fame) has a unique curation of sounds labelled ‘Sounds In My Head’ that records, amplifies and produces artistically, the sounds that we would otherwise call ‘noise’ and present it as ‘ambient music’.

'Music in the park' is another not-to-miss event wherein live bands come together to entertain the art lovers with songs that are barely heard at any other gathering in India.

Serendipity also has ‘Spotlight on the Margins’ that addresses issues around the transgender community including a panel discussion, interviews with members of the community and performance by transgender artists on their life stories.

Sunil Kant Munjal, Founder, The Serendipity Arts Foundation wants the festival “to become a catalyst for change -- for artists, the community, the public and the country, impacting daily life and ultimately changing the way we interact and respond to creativity and the arts across demographics.” He said, “The festival is a platform for underrepresented and emerging artists, and also presents the curatorial vision of some of our country's most esteemed cultural practitioners.”̣

Read this space for more updates on the Festival.