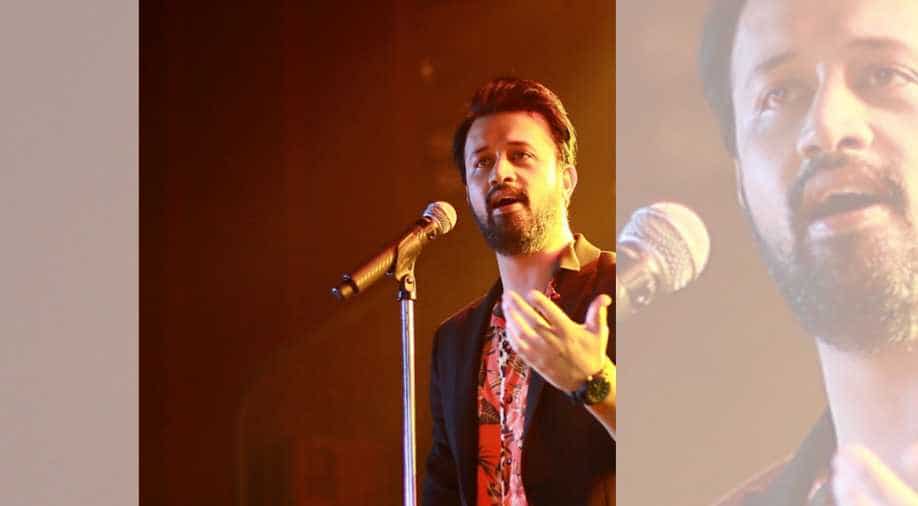 India has been reacting strongly against Pakistan ever since Pulwama attack happened that led to the death of 40 CRPF personnel in Jammu & Kashmir. Standing with the country’s first reactionary steps, the Bollywood industry has banned all Pakistani artists from performing here.

While many producers have decided against releasing any Indian film in Pakistan, another news confirms that Atif Aslam’s song in Salman Khan’s upcoming production ‘Notebook’ has been removed on the insistence of Khan himself. Aslam had apparently sung one song in the film which is now being re-recorded with another artist.

Speaking on the same, director Nitin Kakkar confirmed the news at the trailer preview of the film. He said, “We have got a new voice. There’s only one song of Atif in the film and we will have to re-do it. We all are Indians and it is unfortunate whatever has happened. But the show must go on as they say”.

The filmmaker also said that they delayed the release of ‘Notebook's trailer preview because of the Pulwama terror attack. The trailer was supposed to air on February 17 but it was postponed till 22. He said, “Nation is always our priority, country comes first and then other things. Unfortunately, that incident happened and we had to do our bit. We felt it is not the right time to release the trailer. So we held it back.”

Earlier, it was announced that singers like Atif Aslam and Rahat Fateh Ali Khan who end up singing a few songs in a year for Bollywood films, will not be allowed to perform or collaborate in any way. No one thought that pre-recorded songs will also undergo a change. Also read: T-Series delisted their songs from their channel.

Also, All Indian Cine Workers Association has announced a ban on Pakistani artists.

In response, in Pakistan a petition has been filed in Lahore HC seeking a complete ban on Indian films in Pakistan.

'Notebook' is a romantic drama film slated to release on March 29. The movie will see the launch of two newcomers – Pranutan (Mohnish Bahl’s daughter) and Zaheer Iqbal.