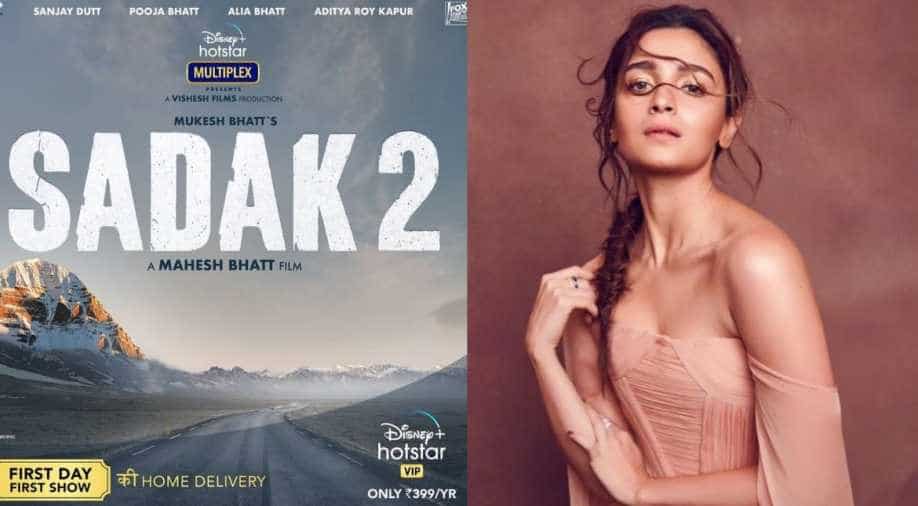 Alia Bhatt revealed yesterday that her film 'Sadak 2' will be foregoing a theatrical release and come directly on an OTT platform.

Bollywood actress Alia Bhatt would not have anticipated so much hate.

The actress along with her father Mahesh Bhatt was trolled mercilessly by netizens after they announced the poster and release date of their upcoming film together, ‘Sadak 2’. Alia’s first film with father who will be directing this venture will release on Disney Plus Hotstar along with a host of other major biggies like ‘Laxxmi Bomb’, ‘The Big Bull’, ‘Lootcase’ and others.

Tune in to @DisneyPlusHotstarVIP Instagram handle at 4.30 pm sharp to know what's in store for you. So glad you all are a part of it! ❤ @akshaykumar @ajaydevgn @bachchan @varundvn

‘Sadak 2’ is a follow-up of Mahesh Bhatt's 1991 hit ‘Sadak’ and is produced by Mahesh Bhatt’s brother Mukesh. It will see the original pair Sanjay Dutt and Pooja Bhatt reunite while Mahesh Bhatt will return to direction after a gap of 20 years.

Meanwhile, following the announcement, netizens trolled Alia and Mahesh in lieu of Sushant Singh Rajput’s suicide that his fans believe was a murder because of nepotism that family clans running Bollywood for years have caused.

Mahesh Bhatt released the poster with a caption that stated: "When you come to the end, you discover that there is no END."

To this one wrote, "When you put END to someone's life intentionally, you'll soon release your END.”

"We are not interested... get lost," retorted another user.

A user responded by sharing the poster of Sushant Singh Rajput's upcoming last film "Dil Bechara." Another user has started a poll asking people to choose between "Sadak 2" and "Dil Bechara".