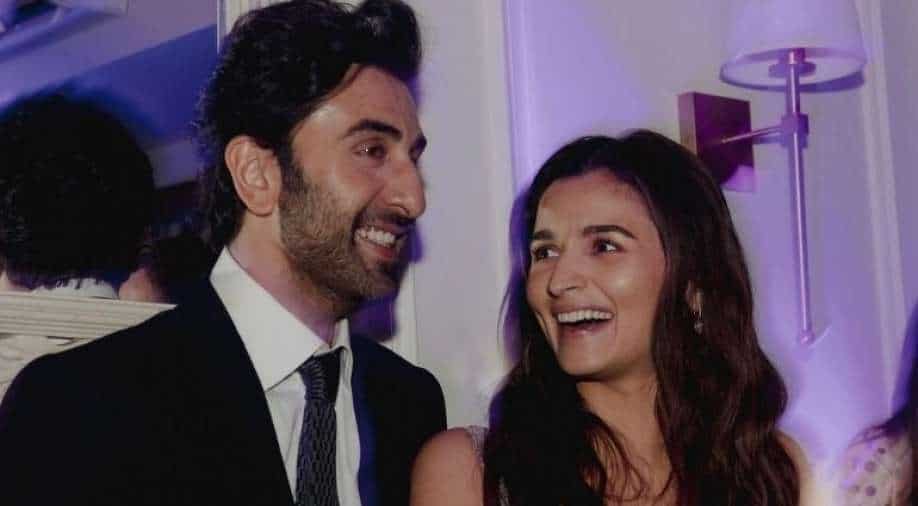 Today, Alia Bhatt and Ranbir Kapoor announced that they are all set to embrace parenthood soon and like always netizens were quick to share their reactions. Taking to her Instagram account, Alia shared the happy news with the world by sharing a picture of them from the hospital where both are sweetly looking at the monitor, which apparently shows the fetus, but Alia used a heart emoji to hide that.

Sharing the two pictures - one of them and the other of a Lion family, Alia wrote, '' "Our baby ….. coming soon."  Soon after she shared the photo, Alia and Ranbir become the talk of the world and the internet too.

Like always, Twitterati went mad and started sharing their opinions on the post. Some doubted and asked if it was some kind of film promotion, while others just shared a hilarious meme.  Even some netizens also made fun of how the paparazzi will focus more on Alia and Ranbir's child than on Kareena Kapoor and Saif Ali Khan's son Taimur.

Take a look at the reactions:

i see this picture so differently now... 🥺❤#ranbirkapoor #aliabhatt pic.twitter.com/EcFe07qGp7

She confirmed as well 😭😭 i am so happy pls #AliaBhatt #RanbirKapoor pic.twitter.com/3j0fWvIxjV

#AliaBhatt
Dress is working good for everyone
if you know, you know... pic.twitter.com/nyMT5mTopC

does it ever drive your crazy, just how fast the night changes 🥺🧿#RanbirKapoor #AliaBhatt pic.twitter.com/y5vaUPfrW3

Many celebrities including Karan Johar, Neha Dhupia, Priyanka Chopra and others took to the comments section to congratulate the couple.  Alia and Ranbir got married in April this year at their Mumbai flat in an intimate ceremony after 4 years of dating.