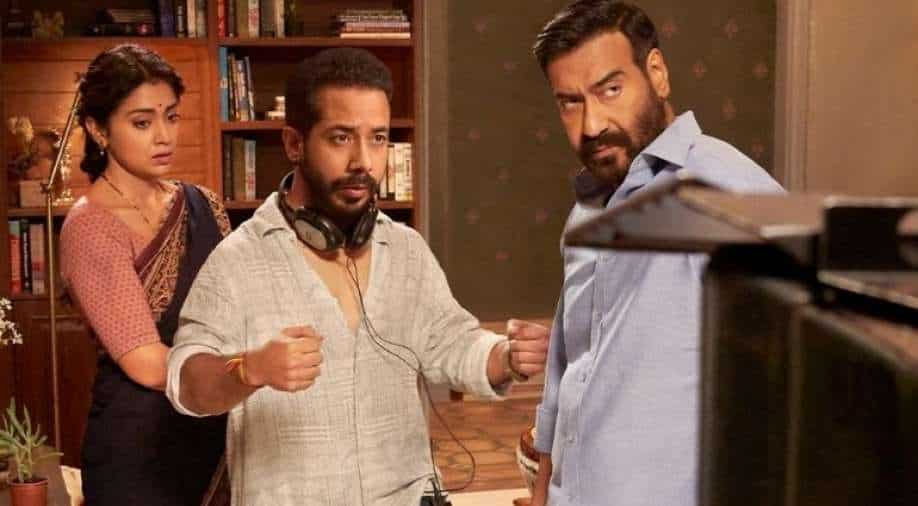 The first film was directed by Nishikant Kamat, who passed away in 2020.

Ajay Devgn is back with 'Drishyam 2'!

On Thursday, Devgn commenced the shooting for the sequel of the 2015 movie. The actor will reprise one of his most intriguing characters on-screen of Vijay.

Abhishek Pathak is set to direct the next chapter in this franchise. The first film was directed by Nishikant Kamat, who passed away in 2020.

The upcoming movie is set 7 years after the events in the first film and will also feature the star cast of the first part including Tabu, Shriya Saran, Ishita Dutta amongst others.

'Laal Singh Chaddha' avoids clash with 'KGF 2', will now release on this date

Talking about the sequel, Ajay shares: "'Drishyam' was loved and it's a legend. I am now elated to present yet another interesting story with 'Drishyam 2'. Vijay is a multidimensional character and he creates an engaging narrative onscreen. Abhishek Pathak (director) has a fresh vision for this film. I'm keenly looking forward to part 2, filling in the large shoes of the earlier film with people investing in the mystery and the characters."