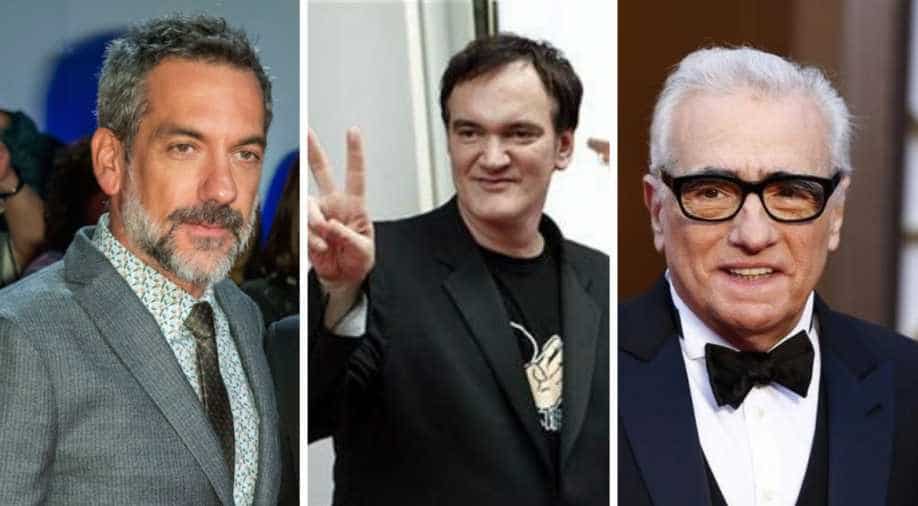 Pictures of some directors who have been nominated at 2020 Golden Globes. Photograph:( Twitter )

The omission of women directors from the list is quite glaring as this is a year dotted with celebrated work from women filmmakers like ‘Hustlers’ or ‘The Farewell’.

While a lot might have changed already but there are still some things that Golden Globes have to catch up on and that is nominations in the best director's list. Like last year, Golden Globes have again failed to include women directors in their list and people are not taking it lightly.

The 2020 Golden Globes Awards nominations list was announced today as 'Marriage Story', 'Irishman', 'Once Upon A Time in Hollywood', 'Joker' among others made a splash as they bagged a number of nods. Coming to the directors' list, five filmmakers have made it namely Bong Joon Ho for 'Parasite', Sam Mendes for '1917', Quentin Tarantino for 'Once Upon A Time In Hollywood', Martin Scorsese for 'The Irishman' and Todd Phillips for 'Joker'. See the full list of nominations here.

The omission of women directors from the list is quite glaring as this is a year dotted with celebrated work from women filmmakers like ‘Hustlers’ or ‘The Farewell’.

This might not come as a surprise but it shooks our belief that there is a serious change in the world’s one of the most prestigious entertainment industry. In all 77 years of Golden Globes only five women have been recognised for directing and only one woman has won. Barbra Streisand had won Golden Globes in 1984 for making ‘Yentl.’ Streisand was nominated again as director in 1992 for ‘The Prince of Tides.’

The other female director nominees from past years at the Golden Globes are Jane Campion for 1994 film ‘The Piano’, Sofia Coppola for 2004 film ‘Lost in Translation’, Kathryn Bigelow for 2010 film ‘The Hurt Locker’ and 2013 film ‘Zero Dark Thirty’ and finally Ava DuVernay for 2015 film ‘Selma’.

At the 2019 Golden Globes ceremony, actress Natalie Portman had even taken a dig at the organisers for omitting all female directors from their list last year when while announcing she said, “all male nominees” -- the meme ultimately became viral.

Vijay Deverakonda blows the internet away with his naked 'Ligar' poster'