Americans can't decide how to react to Donald Trump's win 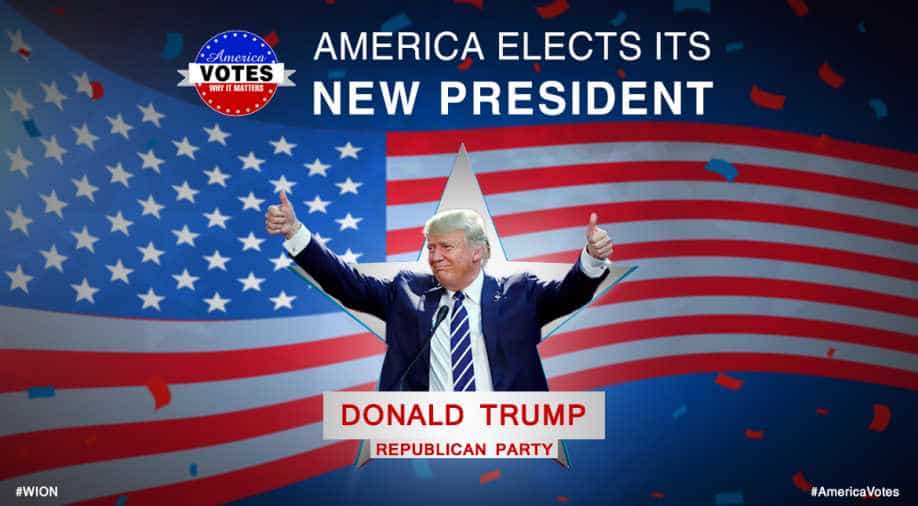 Donald Trump is the new US president Photograph:( WION )

In the wake of Republican nominee Donald Trump winning the US presidential elections, a number of Americans are gathering in the streets to express either shock or jubiliation.

Live from Manhattan, this is a compilation of some tweets that show the deep divisions that exist in America today:

Is it too soon to tell my Mexican boyfriend I'm just not ready to be in a long distance relationship??? #ElectionNight

While there is chaos at many places:

BREAKING: Chaos outside the Hilton hotel in Midtown Manhattan saying "America united, we will never be divided" @WIONews #ElectionNight pic.twitter.com/yoTyXuptAC

This Has Soros Written All Over It

Civil Unrest Is The Lefts Goal

People also started suggesting that the elections are rigged:

People are protesting outside the Hilton hotel Midtown saying "one person one vote" @WIONews pic.twitter.com/3tt0bNoMok

On the other hand, there's red everywhere:

A man is selling "Make America Great Again" caps outside of the Hilton hotel in Midtown @WIONews pic.twitter.com/ZO7a91Et3l

Amidst the celebrations and protests on the streets, many are even contemplating leaving for greener pastures: