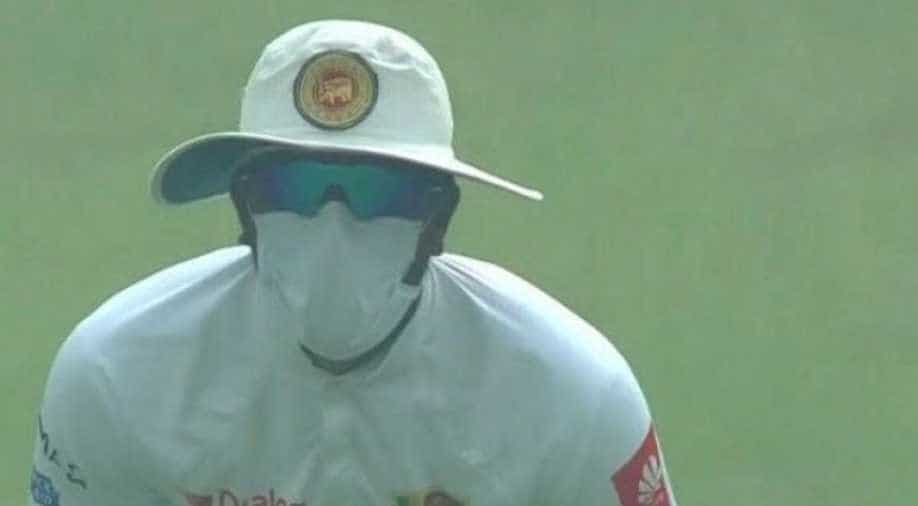 In a first in international cricket, play in the third Test between India and Sri Lanka was halted three times because of pollution.

After the third stoppage, captain Virat Kohli declared India's first innings at 536 for 7 to get the Lankans off the field.

A number of Sri Lanka players were also seen wearing masks while fielding.

Is this a first? Sri Lankan cricketers were wearing masks on the field during the 3rd #INDvSL Test match in Delhi, India. #Smog #Pollution pic.twitter.com/Ebhs1ZeE6t

And at one point the Sri Lankans were even short of players after he and fellow fast bowler Suranga Lakmal returned to the pavilion.

India's Virat Kohli and Murali Vijay top scored with 243 and 155, while Sri Lanka's Lakshan Sandakan got four wickets for 167 runs.

This is not the first time a cricket match has been stopped in Delhi.

Last November, two Ranji trophy matches were stopped -- one at the Feroze Shah Kotla and the other at Karnail Singh Stadium -- again because of pollution.