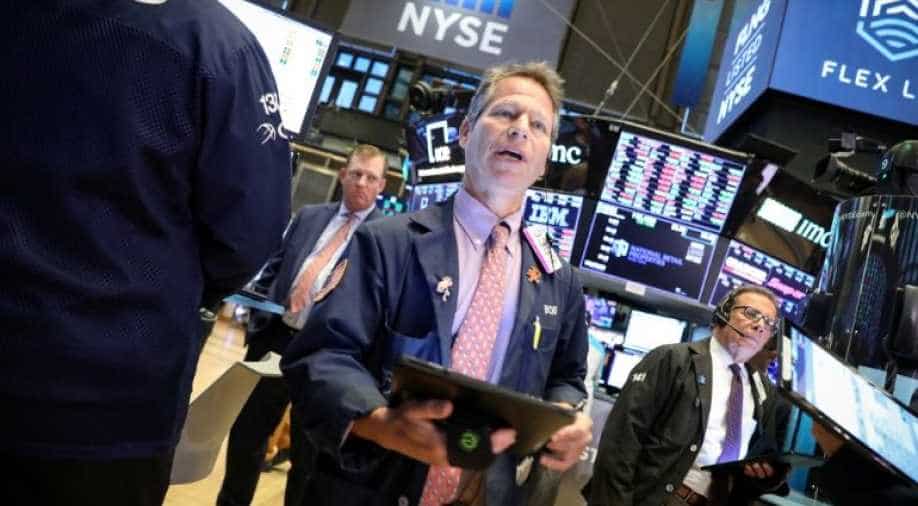 A quarter-point rate reduction is widely expected when the Fed issues its next policy statement on Wednesday, which would be the central bank's second such cut after lowering rates in July for the first time since 2008.

With US-China trade tensions roiling markets, investors are counting on support for stocks coming from a Federal Reserve willing to keep cutting interest rates to help the US economy avoid a severe downturn.

A quarter-point rate reduction is widely expected when the Fed issues its next policy statement on Wednesday, which would be the central bank's second such cut after lowering rates in July for the first time since 2008. That puts the greater focus on clues about how much further the Fed will go.

“If the Fed gives forward guidance that suggests less than what the market is thinking, then you will probably see markets sell-off," said Jamie Cox, managing partner of Harris Financial Group in Richmond, Virginia. "So long as the Fed plays along with what markets are pricing in think markets will be very stable.”

The Fed's 180-degree pivot from tightening monetary policy last year to easing it has helped drive the stock market's overall strong performance in 2019. The benchmark S&P 500 has climbed 20 per cent this year and is near all-time highs.

The central bank in July cited signs of a global slowdown, simmering US-China trade tensions and a desire to boost too-low inflation as it lowered borrowing costs.

Markets are pricing in a near 90 per cent probability that the Fed will shave another quarter-point from its current overnight lending rate of 2.00 per cent to 2.25 per cent, according to the CME Group's FedWatch tool. There is a roughly 65 per cent probability that the Fed makes at least one more quarter-point cut by the end of the year, according to FedWatch.

"The market is going to want to see a focus that we have a cut and there is likely more coming," said Keith Lerner, chief market strategist at SunTrust Advisory Services in Atlanta. "They want to know that the Fed is vigilant and will act aggressively if needed."

That raises the importance of the newest set of policymakers' rate-path projections - the so-called dot plot - that will be released along with the rate decision. UBS economists said in a note they expect that will shift lower overall for 2019, but project only two cuts total for the year, which could irk both investors and a US president eager for a more aggressive posture.

President Donald Trump has frequently criticized the Fed for not cutting rates more swiftly and significantly, with the Fed chair he appointed, Jerome Powell, the primary target of his ire.

The European Central Bank's decision on Thursday to cut interest rates and restart a larger stimulus program could further pressure the Fed to cut rates, as the ECB's move stands to weaken the euro against the dollar and thereby drive up the price of US exports - an issue that especially vexes Trump.

Powell, who will give a news conference after the central bank issues its statement, has made comments in the past that have shaken the market, including in July, when he said the bank's rate cut might not be the start of a lengthy easing campaign to shore up the economy.

"Every meeting has the ability for Jay Powell to say something that upsets markets a little bit,” said Arthur Hogan, chief market strategist at National Securities Corp.

Powell "has had enough practice to know that he does not want to move markets or make news,” he added.

Of the past eight easing cycles since 1981, four have been "insurance" cycles, when economic problems loom but the economy is not in a recession, while four were pre-recession cycles, according to research from Allianz Global Investors.

"Historically, what they’re doing now, which is cutting rates in an economy that is not in a recession and not really in any imminent risk of a recession, has been positive for the stock market," said Mona Mahajan, US investment strategist at Allianz.

The stock market overall has typically responded well to a second rate cut, which Wednesday's would be, with the Dow Jones Industrial Average rising an average of 20.3 per cent one year later, according to Ned Davis Research. The weakest performance has come when the Fed tried and failed to prevent a recession.

The probability of a recession in the next 12 months is nearly 38 per cent, its highest in about a decade, according to the New York Fed's recession indicator, which is based on the US Treasury yield curve. Last month, yields on two-year US bonds exceeded those on 10-year notes, an inversion of the yield curve that is seen as an omen of recession.

An escalation in the US-China tariff war is contributing to economic uncertainty and is top among concerns for stock investors. Late last month, a key speech from Powell was upstaged when Trump issued tweets that heightened trade tensions.

“I do think it’s important that the Fed helps ease financial conditions and helps reduce the probability of recession," SunTrust's Lerner said. "If the tariff fight ratchets up more, then what the Fed does, the effect will be less.