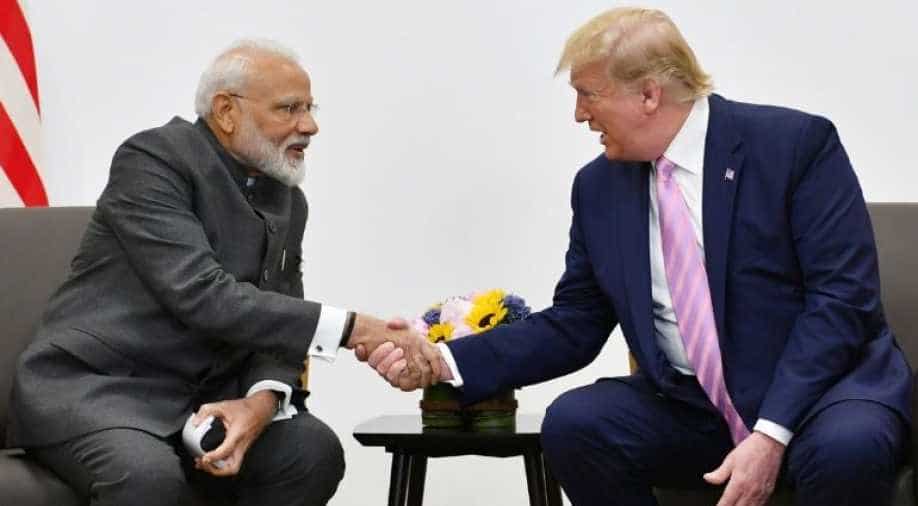 Commerce and Industry minister Piyush Goel was in Washington on a three-day trip from November 12 to hold talks with his American counterpart Robert Lighthizer and seek a breakthrough on some key knotty trade issues.

A US delegation will be in India next week to give final touches to the India-US trade deal, reported news agency ANi quoting sources.

The report quoting a source said that the trade talks have been very constructive and covered a wide range of issues that were pending on the table.

It's learnt that the list of important items that have been on the table have been resolved and a package is being worked upon, ANI has learnt.

Commerce and Industry minister Piyush Goel was in Washington on a three-day trip from November 12 to hold talks with his American counterpart Robert Lighthizer and seek a breakthrough on some key knotty trade issues.

On November 14, Goyal held a high-level industry interaction with business and industry representatives in New York. From D.C., the minister went to New York. The minister and his US counterpart Ambassador Robert Lighthizer also had a telephonic conversation as a follow up of the meeting.

Goyal's visit helped develop a good rapport between the minister and his counterpart resulting in mutual understanding on equitable access for both sides, sources added.

Tensions on trade front emerged between the two countries in June after US President Donald Trump revoked preferential trade privileges, in response to which India imposed tariffs on 28 US products, including almonds and apples.

India was the biggest beneficiary of the Generalised System of Preferences (GSP), a programme designed to help developing countries sell to US consumers.

On its part, India had also imposed retaliatory tariffs on 25 American goods, after the Donald Trump administration rescinded GSP.

India can end up with 5% real GDP growth this fiscal: Chairman of PM's Economic Advisory Council